“It makes me so happy to finally be able to bring a major girl’s tournament to Moore County,” said Billy Ransom, director of Moore County Parks & Recreation.

“The knowledge we gained from hosting a very successful 2011 World Series will allow us to provide an once-in-a-lifetime experience for these girls and their families.”

“The players, coaches, family, and other spectators will be eating, shopping, visiting attractions, and buying gas while in the area creating a significant economic impact for Moore County.”

Dixie Softball Inc. is a non-profit organization based out of Birmingham, Alabama. Founded by James E. “Obie” Evans in 1968 and later incorporated in 1975, Dixie Softball organizes hundreds of local youth softball leagues in 11 states throughout the Southeast United States. Dixie Softball is primarily a youth softball program for girls 18 years and younger, playing on a scaled down diamond to meet the physical development of the growing child.  The main purpose of the program is to provide a recreation outlet for as many as possible with emphasis on local league play rather than tournament play.

The PGA of America is pleased to announce that Eric Alpenfels, PGA Director of Instruction at Pinehurst (N.C.) Country Club, and Mike Adams, PGA Director of Instruction at both Hamilton Farms Golf Club, in Gladstone, N.J., and Medalist Golf Club in Hobe Sound, Fla., are the first PGA Professionals to ever graduate from the new PGA Master Professional Program 2.0 (PGA MPP 2.0).

With this honor, they have achieved the highest educational designation that can be attained by a PGA member.

The PGA of America recently updated its member education curriculum to ensure PGA Professionals are prepared to meet the growing demands of the current marketplace. The PGA Master Professional Program was established in 1969, to recognize PGA members who have made a significant effort to improve as golf professionals and maintain the highest degree of excellence for themselves and their operations.

Alpenfels, who has been part of the Pinehurst family for 27 years, was the 2012 and 1995 Carolinas PGA Teacher of the Year. A highly acclaimed PGA Professional, Alpenfels is recognized by GOLF Magazine as one of the “Top 100 Teachers in America”; by Golf Digest as one of “America’s 50 Greatest Teachers”; and by U.S. Kids Golf as one of the “Top 50 Teachers for Kids.” 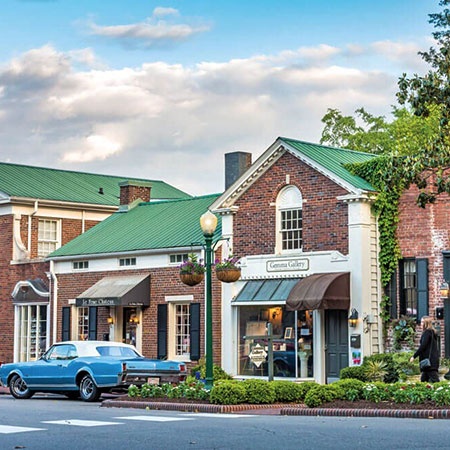 The Editors of ConventionSouth magazine, a national multimedia resource for planning events that are held within the South, have officially announced their 2014 list of the “South’s Surprising Recreational Havens For Groups.” This inaugural list was comprised by ConventionSouth’s editorial team in order to showcase destinations in the South that offer a surprising amount of recreational opportunities such as golfing, hiking and watersports, as well as numerous places to hold meetings and events. A total of 12 cities from across the Southern United States were selected. Pinehurst was the only city in North Carolina to make the list.

“Meeting Planners and event organizers from across the country look for unique destinations in the South to hold their meetings and events, and ConventionSouth’s 2014 list of the ‘South’s Surprising Recreational Havens For Groups’ provides these planners with interesting insight on some of the South’s most unique cities for recreational fun,” said ConventionSouth Editor Marlane Bundock. “Cities with diverse recreational offerings bring an added layer of enjoyment to a meeting or event. This allows meeting planners to create unique themes during their events, infuse teambuilding and networking activities into their events, and increase attendance and attendee engagement. By adding the element of recreation into an event, meeting planners create a more memorable experience for attendees and therefore, increase the success of the gathering.”

ConventionSouth’s editorial team researched cities throughout the South and selected their list of cities based on several factors, including their unique and diverse recreational offerings, attractions, meeting venues and accommodations for groups. The cities are listed alphabetically rather than ranked.

ABOUT THE MAGAZINE: Celebrating 30 years as a leading meeting planning resource, ConventionSouth magazine is based in Gulf Shores, Ala., and is circulated to more than 18,000 meeting professionals located across the country that book meetings held within the South, according to Bundock.

The moment Justin Rose’s final putt dropped at the 2013 U.S. Open at Merion, the Village of  Pinehurst’s tourism, golf, hospitality and dining establishments shifted into high gear. For the first time in history the USGA is conducting both the Men’s and Women’s U.S. Opens on the same course, Pinehurst #2, on consecutive weeks, in June, 2014.

According to Caleb Miles, the CEO of the Convention & Visitors Bureau for the Pinehurst, Southern Pines and Aberdeen areas, the magnitude of that enterprise has energized innumerable organizations, ranging from the North Carolina Department of Transportation
to small local dining and shopping venues. The work of preparing to move tens of thousands of visitors – 43,000-48,000 anticipated daily for the Men’s Open — and lodging, feeding, and entertaining them for two full weeks, seems unimaginable. Thus, long before Rose’s last putt, for the past 2 1/2 years in fact, the local Chamber of Commerce and the Convention & Visitors Bureau have been working with the USGA, the resort, the state and a dozen surrounding counties, to ensure that visiting golf fans will feel as welcome, comfortable, and richly entertained as possible during the Opens.

In 2005, the USGA established a high benchmark for shuttling visitors around Pinehurst during that year’s U.S. Open. For 2014 they have commandeered local bus fleets from around the region to handle the upcoming massive transportation task. Local school systems are ending their school years early and renting their buses for the two weeks. As the small village cannot handle the thousands of vehicles arriving for the championships, the USGA will locate satellite parking facilities around the perimeter of Pinehurst; free shuttle buses will run continuously to carry visitors to the course. Those who drive into Pinehurst for the tournament will find improved signage on the highways, some of which will have been widened recently, to enhance mobility and safety around the village. Miles notes that visitors who fly into the Raleigh Durham Airport will find digital signs welcoming them, special baggage handling areas, and buses poised to take them directly into Pinehurst. Those who fly into the Moore County Airport in corporate or private planes will find expanded facilities ranging from longer runways, an additional flight control tower, and new lounges for the arriving visitors and pilots.

Because of their staffing needs, the USGA has contracted with many of the local resorts, hotels, and motels to accommodate their people and the hordes of media professionals from around the world who will be descending on Pinehurst. Of the 10,000 rooms needed to house visitors, the local towns of Pinehurst, Southern Pines, and Aberdeen provide a mere 2500. Thus, it is not too soon for those wishing to attend the opens to seek suitable lodging. The Convention & Visitors Bureau has an invaluable website, www.homeofgolf.com, which is the perfect starting point for identifying all the services and providers tourists will need.