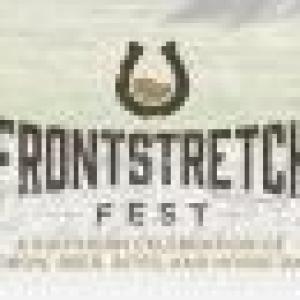 The inaugural Frontstretch Fest will debut as the official infield affair of the 64th Annual Stoneybrook Steeplechase at Carolina Horse Park in Raeford, N.C. on Saturday, April 4, 2015 from 9 a.m. – 4p.m.

Since its first running in 1949, the Stoneybrook Steeplechase has continued to be a time honored tradition at the 250 acre Carolina Horse Park. As the infield’s brand new festival, Frontstretch Fest will be a Southern celebration of horse racing, quality bourbon and craft beer and will feature artisanal food, handrolled cigars, live music, interactive entertainment and art and much more. “Bourbon Bend” and “Craft Beer Boulevard” will offer tastings and classes from local and national distilleries and breweries alongside “Cuisine Corner,” which will feature the best of local chefs and food trucks.

“We are very excited about the 2015 Stoneybrook Steeplechase – with Frontstretch Fest, it is going to be bigger and better than any year before,” said Maureen Grippa, Executive Director at Carolina Horse Park.

“We see an opportunity to create something truly unique,” said Brian Bauer, Agency Director at Rockhouse Partners, the company that founded Frontstretch Fest. “Horse racing, quality bourbon, craft beer and artisanal food all have a natural home in our region, and we’re thrilled to present an exceptional combination of these experiences for fans.”

Tickets will go on sale Saturday, January 17, 2015 at 10 a.m. E.T. and will be available at frontstretchfest.com / 1-800-514-3849. A limited presale will begin on Saturday, January 10. Presale registration is available now at frontstretchfest.com. General admission tickets are $39 in advance or $49 at the door. VIP tickets, which grant access to exclusive tastings, catering, private brewing and distillery classes, private restrooms and more, are available for $89 in advance or $99 at the door. Designated Driver tickets are available for $20.

Patrons must present a ticket for both Frontstretch Fest and Stoneybrook Steeplechase for festival admission. All prices subject to taxes and fees. Shuttle bus packages between downtown Raleigh and Carolina Horse Park will also be available. For more information, visit frontstretchfest.com.

Tailgate spots for Stoneybrook Steeplechase are on sale now, while general admission tickets are $25 and will be available starting January 1, 2015 at 10 a.m. E.T. For more information, visit carolinahorsepark.com.

Etix is the world’s leading independent ticketing provider. Based in Raleigh, N.C., the company sells 50 million tickets annually for more than 4,100 clients in 40 countries. Etix will be leveraging its ticketing expertise and services for Frontstretch Fest. For more information, visit etix.com. 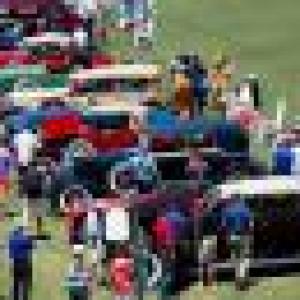 The third annual Pinehurst Concours d’Elegance, a vintage car showcase of rare and pristine collector automobiles, will be staged on the fairways of Pinehurst Resort on Saturday, May 2, 2015, Pinehurst Concours president Jay Howard announced Thursday.

The Pinehurst Concours continues its trend-setting and cutting-edge philosophy, moving its judged car competition from the more traditional Sunday date to a Saturday. In its first two years, the Pinehurst Concours also became an innovator in the industry by implementing an electronic judging component, creating a student judging program for local high school students, even securing Pinehurst Resort caddies decked out in their white bibs to inform entrants of their respective class awards.

“The Pinehurst Concours has garnered an unbelievable amount of interest and respect among rare car collectors and judges in just two short years, and that feedback has truly been humbling,” Howard said. “We do believe in Pinehurst Resort we have a world-class site to host our event, and the Village of Pinehurst and our connection to Fort Bragg are enticing settings and experiences for our entrants to enjoy.

“While producing such an event from the ground floor there are always necessary tweaks, and it is just as important to garner feedback from patrons who have attended, as well as our entrants,” added Howard. “There was overwhelming support in our surveys for the event to be held on a Saturday. We have responded accordingly, confident that our changes will create a more comprehensive and flexible ‘sunrise to sundown’ experience for all of our fans across the state and entire Southeast.”

In addition, advance ticket purchases to North Carolina’s premier collector car showcase — featuring more than 100 judged cars with over 300 cars on display in total — are now priced at $25.

“The improvements to the Pinehurst Concours experience once again makes our product unique in the collector car hobby show world, consolidates the weekend, adds greater value to our ticket, and improves logistics for everyone involved,” Howard said.

“The Pinehurst Concours has been a tremendous addition to our community for two years and it’s exciting to see its continued growth heading into year three,” added Village of Pinehurst Mayor Nancy Fiorillo. “I personally have been amazed to witness first-hand some of the world’s rare auto treasures. This is truly a valued ticket and a ‘must-see’ event in Pinehurst in early May.”

The Pinehurst Concours Best in Show winners have included a midnight blue 1931 Cadillac 452A (2014) and a rare 1938 Steyr 220 Glaser Roadster (2013). The winners were from Maryland and Pennsylvania.

The event’s Iron Mike Rally will be staged for a third year on Friday, May 1. Entrants have an opportunity to drive their vehicles in a 70-mile roundtrip caravan from Carolina Vista Drive in front of the Carolina Hotel to Fort Bragg to spend a day with the troops.

The 12 classes of cars and motorcycles competing for the Pinehurst Concours Best in Show in 2015, and the event’s featured marques, will be announced soon.

Tickets to the 2015 Pinehurst Concours may be purchased on the official web site www.pinehurstconcours.com.