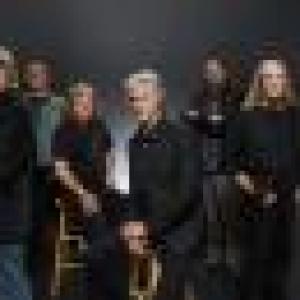 Three Dog Night, an iconic band that produced three No. 1 singles and eight additional top 10 hits, will perform a concert following the awards ceremony of the 2015 Pinehurst Concours d’Elegance in early May.

“Delivering a quality fan experience at the Pinehurst Concours has been a priority from our inception, along with seeking out the top collector automobiles to display,” said Pinehurst Concours president Jay Howard. “We feel we’ll accomplish this in 2015 by some of the cars we’ve already secured and with our addition of Three Dog Night.”

Advance tickets to the third annual Pinehurst Concours on Saturday, May 2 are now just $25 online at www.pinehurstconcours.com. Four additional ticket outlets are scattered across Pinehurst and Southern Pines. The day’s ticket includes entry into the Pinehurst Concours AND the Three Dog Night concert.

The third annual collector car showcase features some of the world’s finest original and restored vintage cars. Twelve classes are judged and battle for Best in Show with up to 300 cars and motorcycles to be on display.  At 5 p.m., Three Dog Night will take center stage on the fairways of Pinehurst Resort in an unprecedented concert setting.

Three Dog Night is celebrating its fourth decade, bringing with them some of the most astonishing statistics in popular music. From 1969-1974, no other group achieved more top 10 hits, moved more records or sold more concert tickets than Three Dog Night.

The group’s hits wind through the fabric of pop culture today. Songs like “Mama Told Me (Not To Come),” “Joy to the World,” “Black and White,” “Shambala” and “One” serve to heighten our emotions and crystallize Three Dog Night’s continuing popularity. Since 1986, the group has performed over 2,200 shows, including two Super Bowl appearances.

“We are looking forward to coming to Pinehurst to perform at the Concours;” says Cory Wells, band co-founder. “It is a unique event in a beautiful and historic setting.” Added Three Dog Night co-founder Danny Hutton: “Performing live is what we’re all about of course, and being able to see some really amazing vehicles at the Concours will be terrific, too.”

The Pinehurst Concours Best in Show winners have included a midnight blue 1931 Cadillac 452A (2014) and a rare 1938 Steyr 220 Glaser Roadster (2013). The winners were from Maryland and Pennsylvania.

Proceeds from this year’s Pinehurst Concours will benefit the USO of North Carolina, continuing the event’s strong military connection. Once again, Concours entrants will have an opportunity to drive their vintage autos in the Iron Mike Rally – a 70-mile roundtrip caravan from Carolina Vista Drive in front of the Carolina Hotel to Fort Bragg to spend an inspiring afternoon with the troops.