Aberdeen Among Top 10 Best Places To Start A Business 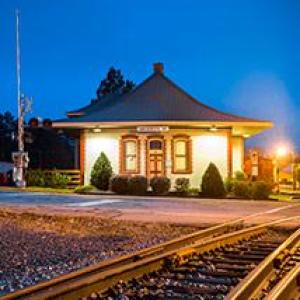 Aberdeen Among Top 10 Best Places To Start A Business

May 13, 2015
Aberdeen was recently ranked eighth in NerdWallet’s list of the Best Places to Start a Business in North Carolina.

According to NerdWallet, Aberdeen bills itself as a “quaint little railroad town steeped in history” and is famous for the Aberdeen Carolina & Western Railway, the largest privately held regional freight railroad in North Carolina. The community of about 6,500 residents recently got news that Reliance Packaging, which makes printed bags and rollstock, is expanding its operations in Aberdeen, bringing several dozen new jobs to the small town. Aberdeen has 540 businesses and roughly $1.5 million in average revenue per business, according to the NerdWallet survey. The Moore County Partner in Progress, the region’s economic development organization, has extensive information on Aberdeen’s business community.

A few key takeaways from the NerdWallet survey:

How NerdWallet created these rankings:

The survey was based on U.S. Census data covering 121,462 businesses in 115 communities in North Carolina and ranked the communities based on two key metrics.

One was business climate, which made up 65% of the overall score and included the average annual revenue of businesses, the percentage of companies with paid employees and the number of companies per 100 people.

The other metric takes into account the health of the local economy, which made up 35% of the total score. It covered such factors as median annual income, median annual housing costs and the unemployment rate.

For more information and to see the entire list of 115 towns, please visit www.nerdwallet.com/blog/small-business/best-places-start-business-north-carolina 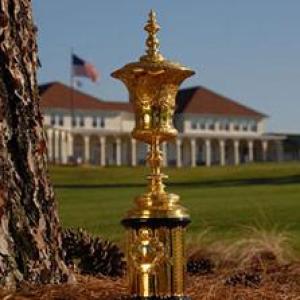 The United States Golf Association (USGA) has announced Pinehurst Resort & Country Club, in the Village of Pinehurst, N.C., and Bandon Dunes Golf Resort, in Bandon, Ore., as the host sites for the 2019 and 2020 U.S. Amateur Championships, respectively. The oldest golf championship in the United States, the U.S. Amateur will celebrate its 120th playing at Bandon Dunes.

“The USGA is thrilled to continue the strong and cherished tradition of the U.S. Amateur Championship at both Pinehurst and Bandon Dunes, two proven partners in supporting and advancing amateur competition,” said Diana Murphy, USGA vice president and Championship Committee chairman. “We are confident these renowned courses will once again provide a worthy test and an enjoyable experience for all when they host the world’s top amateur players in 2019 and 2020.”

Scheduled for Aug. 12-18, the 2019 U.S. Amateur will be the 10th USGA championship and third U.S. Amateur Championship hosted by Pinehurst, including the 1962 and 2008 U.S. Amateurs, won by Labron E. Harris Jr. and Danny Lee, respectively. Both championships were played on Course No. 2, a Donald Ross design that opened in 1907 and was restored by Bill Coore and Ben Crenshaw in 2010. Course No. 2 will host both stroke-play and match-play rounds in 2019, while Course No. 8 will serve as the stroke-play companion course.

Additional USGA championships hosted on Pinehurst No. 2 include the 1989 U.S. Women’s Amateur, won by Vicki Goetze-Ackerman; the 1994 U.S. Senior Open, won by Simon Hobday; the 1999 U.S. Open, won by Payne Stewart; the 2005 U.S. Open, won by Michael Campbell; and the unprecedented back-to-back 2014 U.S. Open and U.S. Women’s Open Championships, won by Martin Kaymer and Michelle Wie. Pinehurst No. 2 will also host the 2017 U.S. Amateur Four-Ball, May 27-31, with Course No. 4 serving as the companion course.

“We are pleased to welcome the USGA’s oldest championship to Pinehurst once again in 2019,” said Robert Dedman Jr., Pinehurst Resort & Country Club CEO and owner. “As long as there has been golf at Pinehurst, we have celebrated the contributions amateurs have made to the game. To serve as the site of the U.S. Amateur will be an especially proud moment for Pinehurst, and it reflects the passion for amateur golf we share with the USGA.”

The 2020 U.S. Amateur, to be held Aug. 10-16, will mark the sixth USGA championship held at Bandon Dunes since 2006, including this week’s inaugural U.S. Women’s Amateur Four-Ball Championship, which will crown its first champions May 13 following the final round of match play on the Pacific Dunes course. This will be the first U.S. Amateur held at Bandon Dunes, which is home to four courses, all of which have previously hosted USGA championships. The courses to be used for the 2020 U.S. Amateur will be announced at a later date.

For more information about the USGA, visit usga.org. 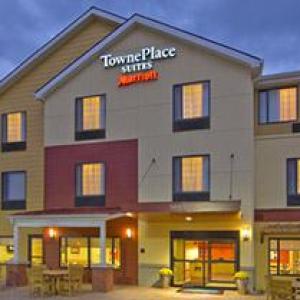 Ground was broken April 23, 2015, on the TownePlace Suites by Marriott. The owners, McPeake Hotels, announced the new facility under construction will be located at 205 Columbus Drive in Aberdeen (behind Hampton Inn & Suites).  With free breakfast and free wi-fi service, along with a business center,  TownePlace Suites will comfortably meet the needs of today’s discerning traveler.

TownePlace Suites will cover 51,044 sq. ft. with 89 rooms.  There will be 9 two-bedroom suites, 6 one-bedroom suites, 45 studios, and 29 double-queen rooms.  The property will feature full kitchens in every room, an outdoor pool, fitness room and front & rear patio seating with a grill area.  TownePlace is Marriott’s newest extended stay prototype with only 232 built and 130 more under construction.

May 7, 2015
Moore County and the Convention & Visitors Bureau (CVB) recently announced that Moore County, NC, has been awarded the Dixie Girls Softball (DSI) World Series for 2015. The event will be held at Hillcrest Park in Carthage, NC, August 7-13, and will generate as many as 2,000 visitors to the area – players, coaches, officials, and family members.  Previous host communities have realized a significant economic impact as a result of hosting the Dixie Girls Softball World Series with attendee spending, ranging from $3.5 – $4 million.

Securing the event required the DSI committee to visit Moore County to meet with representatives from Moore County Parks and Recreation and to inspect Hillcrest Park facilities in Carthage.  The committee toured lodging and restaurant facilities and was shown many amenities Moore County has to offer. After the site inspection, representatives from Parks and Recreation and the CVB traveled to Albany, GA, to present a bid to the DSI national and state directors for the 2015 World Series.  A unanimous decision by the directors awarded the 2015 event to Moore County.

“Moore County was chosen because of its location, playing facilities, motels, restaurants and outside activities away from the ball playing area, but mostly because of the willingness of the people in Moore County to work and provide a great experience for the many players, coaches, parents, fans, umpires, and Dixie Softball officials so that they will long remember their experience and want to come back and revisit the Moore County area.”  James E.”Obie” Evans, president of Dixie Softball.

The 2015 Dixie Girls Softball World Series will consist of 24 teams from 11 different southeastern states including North Carolina, Alabama, Arkansas/Oklahoma, Florida, Georgia, Louisiana, Mississippi, South Carolina, Tennessee, Texas, and Virginia.  Two groups based on age – the Angels (girls 10 and younger) and the Ponytails (girls 12 and younger) – will be playing to determine the championship teams in Dixie Softball X-Play divisions for the 2015 season.

“After hosting the Dixie Youth Boys Baseball World Series in 2011, this event has been on our ‘To Do’ list for some time,” said Beverly Stewart, Director of Sales for the Pinehurst, Southern Pines, Aberdeen Area – CVB. “We’re very happy and excited about hosting a world series of Dixie Girls Softball in Moore County.”