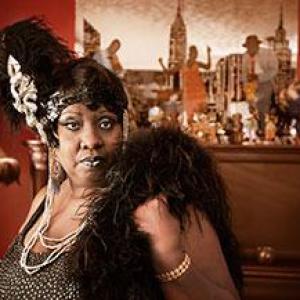 The Sunrise Theater is the center of this “pub-crawl” inspired event that includes a variety of “juke-joint” venues and artists scattered throughout downtown Southern Pines – all within walking distance of the Sunrise. With an all-access wristband, participants can sample different Blues musical styles, while enjoying the libations and food of the unique restaurants, wine cellars, and pubs each hosting different performers. Once again the Sunrise will be partnering with a very special organization called The Music Maker Foundation and featuring authentic Blues Musicians.

The headliners at the Sunrise will be Pat “Mother Blues” Cohen followed by Cool John Ferguson. During her performances, “Mother Blues” unfurls the tapestry of her life experiences to her audience in soulful words and music. She shares the mettle, pathos and ocean-deep compassion of the famous female blues singers she idolizes—women like Billie Holiday, Koko Taylor and Etta James. Cool John Ferguson is a studied but self-taught guitar player who started playing as a three-year old. “It didn’t matter where the music came from. I just learned it all – TV themes, blues, R&B, jazz, gospel – it all came in my ears and through my hands.”

The 2015 Blues Crawl is Saturday, July 11 and all access wristbands are just $25. VIP Reserved Seating Tickets are $50. Tickets may be purchased online at www.etix.com/ticket/v/5635/sunrise-theater or the day of the event during the Southern Pines Annual Sidewalk Sale. For more information go to www.sunrisetheater.com. 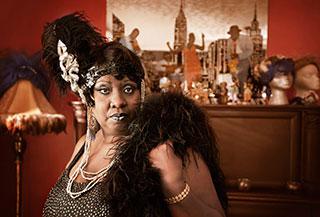 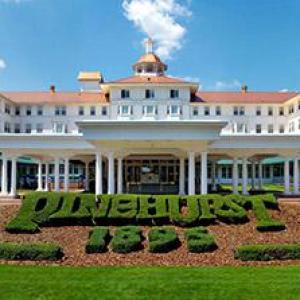 The event, organised by global golf tourism industry organisation IAGTO (International Association of Golf Tour Operators), will take place from June 26-29, 2016, at Pinehurst Resort, famed for its nine golf courses including the legendary Donald Ross-designed No. 2 course, on which the men’s and women’s US Open championships were played back-to-back last year.

Following on from a successful 7th annual NAC in Greater Palm Springs, when more than 300 delegates gathered in the California desert destination last week, the North America Convention will head to North Carolina for the first time next year.

NAC 2016 will give delegates a chance to not only experience the North America Golf Resort of the Year as voted for by tour operators in the 2015 IAGTO Awards but also golf courses throughout the state on pre and post-NAC familiarisation trips.

Jack Bickhart, Vice President of Sales for Pinehurst Resort, said: “We are very excited to be hosting NAC 2016. We are really privileged that it will be coming to Pinehurst next year.

“Our involvement with IAGTO started after I came to Pinehurst in 2012. We joined IAGTO in 2013 and were very honoured to be named the golf resort of the year. At the same time, Caleb Miles, President and CEO of the Pinehurst, Southern Pines and Aberdeen Area CVB, said it would make sense to make a bid for NAC 2016. We knew we couldn’t do it without their support and the support of the state tourist office, Visit North Carolina, and we were able to get some pretty good commitments.

“For us what this means is that in three years we have gone from having almost no international wholesaler business to growing our business with tour operators in 2014 and 2015 and having great growth again for 2016 as well as now hosting NAC.

“This convention has been wonderful for us and we are ecstatic to have it next year. We are extending a warm welcome to all IAGTO members to come and see why Pinehurst is called the St Andrews of North America. We can’t wait to show everyone the resort, the Pinehurst area and the state of North Carolina.”

Bickhart added that he hoped Pinehurst’s attraction would result in a 15-20% increase in delegate numbers at NAC 2016 compared with this year’s event, which saw more than 100 tour operator delegates attending from 23 countries. Events being planned for next year’s NAC include an evening reception with pitching and putting competitions at the resort’s world-renowned practice facilities and a tournament played over two of its courses, one of them likely to be the No. 2 course.

Heidi Walters, Director of Partner and Industry Relations at Visit North Carolina, is equally excited about the state hosting next year’s IAGTO North America Convention. Up to half a dozen fam trips to different parts of the North Carolina, including the mountains and coast as well as the Pinehurst area, are being planned for operators attending NAC.

“This is a dream event for us to host,” she said. “North Carolina is known as a golf destination domestically but NAC will open it up more as an international destination. It will be great exposure for us, especially to a lot of the emerging markets. Pinehurst is the draw but we have great golf courses all around the state and we will be giving delegates at NAC a chance to experience them.”

IAGTO Chief Executive Peter Walton said: “In taking the North America Convention back to the East Coast, we are delighted to be going to Pinehurst – the home of golf in America.

“We have never done an IAGTO event in North Carolina so it’s a great opportunity for IAGTO and all the golf courses, resorts and hotels that are interested in international and domestic tourism to participate. It will also be a great opportunity to showcase not only the attractiveness of Pinehurst Village and the surrounding area for golf travel to tour operators but also for North Carolina as a whole.”

Established in 1997, IAGTO is the global trade organisation of the golf tourism industry, and has over 2390 members in almost 100 countries including over 590 golf tour operator members in 61 countries, which control more than 85% of golf holiday packages sold worldwide and which collectively have annual sales of over US$2 billion. IAGTO runs annual Asia and North America Golf Tourism Conventions, along with regular Destination Conventions. IAGTO established the International Golf Travel Market, now owned and operated by Reed Travel Exhibitions, in 1997 and the International Golf Travel Writers Association in 2000. IAGTO also runs the prestigious annual IAGTO Awards and the IAGTO Excellence Awards. 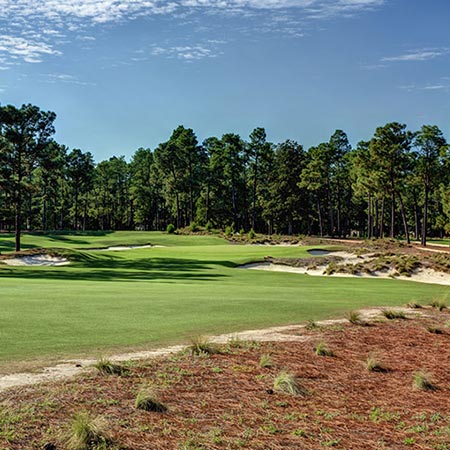