NC Fairway 5K To Be Staged On Pinehurst No.1 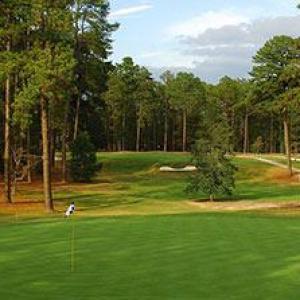 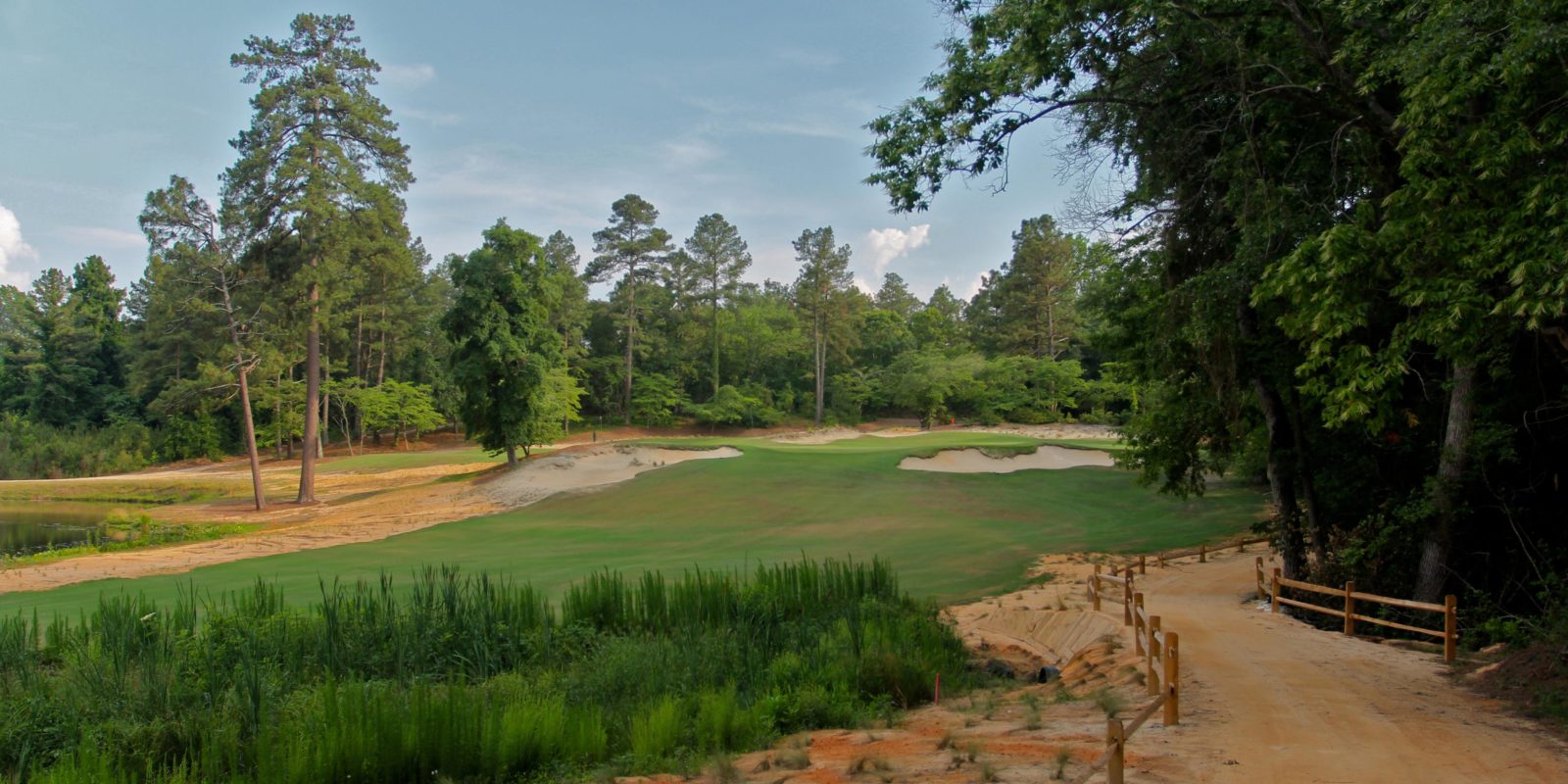 The inaugural Blue Cross and Blue Shield of North Carolina Fairway 5K Presented by FirstHealth Fitness will be staged on Pinehurst Resort’s Course No. 1 on the morning of April 30, helping kick off the fourth annual Pinehurst Concours d’Elegance.

As many as 500 runners are expected to participate at 7:45 a.m. in the unique run – believed to be the first time a 5K has been staged on any of the iconic resort’s golf courses.

“One of our goals at Blue Cross and Blue Shield of North Carolina is to help make our state a better, healthier place to live,” said BCBSNC Executive Vice President and Chief Operating Officer Alan Hughes. “We’re glad to have the chance to support this 5K run and help provide a great reason for North Carolinians to get outside and do something active. We look forward to a wonderful day of running and personal bests.”

“FirstHealth Fitness is proud to continue our leadership in supporting endurance sports in our region,” said John Caliri, director of the FirstHealth Centers for Health and Fitness. “Helping to facilitate and participate in the Blue Cross and Blue Shield of North Carolina Fairway 5K presented by FirstHealth Fitness is another way FirstHealth hopes to encourage area residents to lead a healthy and active lifestyle. Our goal is to help provide a safe and satisfying race experience. We are thrilled to be a part of the first Fairway 5K on the legendary Pinehurst courses and to support the success of the Concours event.”

Runners of the timed event can find out more information or pre-register at www.firsthealth.org/fitness or www.active.com.

“The layout of Course No. 1 sets up for a great, fast race,” said run chairman Marcus Hanshew. “And having a chance to run on an historic Pinehurst Resort golf course will be a great experience for all of the runners.”

The cost to pre-register is $35; or $45 the morning of the event, which includes one ticket for each race participant to the vintage auto showcase and Commodores concert. Kids 12-and-under can run for free and are admitted to the Pinehurst Concours at no charge. Medals will be handed out to the winners in each age category, while kids receive participation awards.

“This partnership with Blue Cross and Blue Shield of North Carolina and FirstHealth allows us to bring another element to our event weekend,” said Pinehurst Concours president Jay Howard. “Offering a variety of activities allows us to appeal to an even broader audience. We added a concert and moved the main event to Saturday last year, with both additions contributing greatly to our increased attendance. We expect the 5K to continue our tradition of creating new traditions in a Concours setting.”

PINEHURST, N.C. (Feb. 9, 2016) – U.S. Kids Golf has added another major competition to the Pinehurst/Southern Pines community. The Red – White – Blue Invitational, the tenth Regional Championship for U.S. Kids Golf, will be a two-day junior competition played on three area courses, including Pinehurst No. 1, No. 8 and Longleaf Golf & Family Club on July 2-3, 2016. The championship will join the growing list of prestigious junior golf competitions held in the region, including the Donald Ross Junior Championship, and the U.S. Kids Golf World Championships, which bring over 2200 junior golfers and their families from around the world to play on area courses.

U.S. Kids Golf Regional Championships are multi-day invitational tournaments that average more than 300 participants per event. The tournaments are typically scheduled around three-day weekends and school vacations, making them ideal family trips. The current list of Regional Championships includes the Copperhead Classic at Innisbrook in Florida, the Desert Shoot at the Wigwam Golf and Country Club in Arizona, the Jekyll Island Cup in Georgia, the Texas Open in Texas, the Seaview Open in New Jersey, the Palm Springs Open in California, PGA Golf Club Invitational in Florida, the Monterey Challenge in California and the Holiday Classic in Florida.

“The Red – White – Blue Invitational is important because it is both an outstanding championship for young golfers to aspire towards and also, a way for us as an organization and as patriotic citizens to say “Thank You” for our nation’s freedoms and the men and women in uniform who make those freedoms possible,” stated Chris Vonderkall, Vice President of Tournaments for U.S. Kids Golf. “It is important to us that as part of the local community – which includes Fort Bragg, the largest military base in the world, that we find ways to honor and appreciate the service and sacrifice of those who volunteer to stand up for all of us.”

The U.S. Kids Golf Foundation, a Georgia non-profit recognized as a 501(c)(3) public charity, was created in 2001 and provides services that include competition and instruction. The Foundation organizes more than 900 golf tournaments for kids each year with over 12,000 individual players ages 5-18. These tournaments include Local Tours from over 50+ cities worldwide, ten U.S.–based Regional Championships, seven international multi-day tournaments which includes the prestigious European Championship, and the pinnacle events held each year in Pinehurst, North Carolina, the U.S. Kids Golf World Championship and Teen World Championship.

The vision of the U.S. Kids Golf Foundation is to provide kids and their families the opportunity participate in the game of golf through instruction and competition. They believe that family interaction is critical in the development of young golfers and encourage parents to serve as caddies for their kids during tournaments and to develop positive coaching techniques. In 2015, the Foundation took its mission to heart and purchased the Longleaf Golf & Country Club in Southern Pines, North Carolina.
About U.S. Kids Golf:

U.S. Kids Golf, LLC is based in Atlanta and manufactures equipment and related golf products designed for kids. It was created in 1997 when Founder/CEO Dan Van Horn found that his children were losing their interest in golf due to not having the proper equipment. In addition to more than 4,000 golf shops and retail locations in the United States, the company’s products also are available in over 75 countries worldwide. 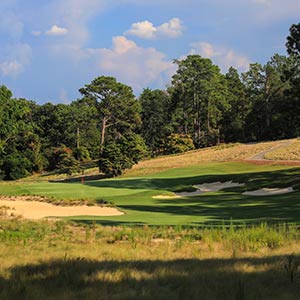 “The USGA is proud to realize its vision of hosting national championships for players of all age demographics, and we are thrilled that the first two editions of the U.S. Senior Women’s Open will be contested at two of the most respected courses in the United States,” said USGA President Thomas J. O’Toole Jr., who announced the establishment of the U.S. Senior Women’s Open in February 2015. “We hope this championship will inspire generations of female golfers to continue competing at the highest level long into their careers.”

The championship will be open to professional females, and amateur females with a Handicap Index® not exceeding 7.4, who have reached their 50th birthday as of the first day of the championship. The field will include 120 players, who will earn entry into the championship via sectional qualifying at sites nationwide or through an exemption category, the details of which will be announced at a later date.

The format will mirror that of the U.S. Open, U.S. Women’s Open and U.S. Senior Open championships: a walking-only, 72-hole stroke play competition over four consecutive days with a 36-hole cut to the top 60 players, including ties. Prize money will be announced at a later date.

The first U.S. Senior Women’s Open will be contested July 12-15, 2018 at Chicago Golf Club, one of the five founding clubs of the USGA and the oldest golf club in the U.S. in continuous use at the same location. The club was founded in 1893 by Charles Blair Macdonald, who won the inaugural U.S. Amateur in 1895. The original 18-hole course was renovated in 1923 by Seth Raynor and remains largely unchanged today.

“As a founding member of the USGA, Chicago Golf Club is honored to support the USGA’s newest championship by hosting the inaugural U.S. Senior Women’s Open,” said Brad Kinsey, president of Chicago Golf Club. “We look forward to making this, our 12th USGA championship, an exceptional event for players and spectators alike.”

Pine Needles will host the 2019 U.S. Senior Women’s Open from May 16-19. Designed by Donald Ross and opened in 1928, the course was most recently renovated in 2004 by John Fought, who oversaw the restoration of greens and bunkers to their original forms with the aid of vintage aerial photos.

This will be the sixth USGA championship contested at Pine Needles and the first since the 2007 U.S. Women’s Open, won by Cristie Kerr. The club, owned by women’s golf advocate, instructor and former LPGA Tour player Peggy Kirk Bell, also hosted the 1996 and 2001 U.S. Women’s Opens, won by Annika Sorenstam and Karrie Webb, respectively. Additionally, the 1989 U.S. Girls’ Junior and 1991 U.S. Senior Women’s Amateur championships were contested at Pine Needles.

“On behalf of the Bell family and our entire community, Pine Needles is thrilled the USGA has accepted our invitation to host the 2019 U.S. Senior Women’s Open Championship,” said Kelly Miller, president of Pine Needles. “Having hosted three previous U.S. Women’s Opens, we look forward to seeing some familiar faces and welcoming all competitors to this new USGA championship. I’m confident our Donald Ross-designed course will identify another great champion.”

For more information about the USGA, visit usga.org