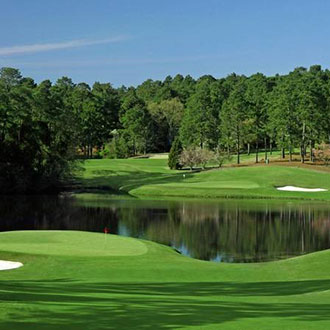 The United States Golf Association (USGA) today announced The Country Club of North Carolina, in the Village of Pinehurst, N.C., as the host site for the 74th U.S. Junior Amateur Championship. The dates of the championship, which will be the third USGA event hosted by the club, are July 19-24, 2021.

As announced in 2017, the USGA will change the format of the U.S. Junior Amateur Championship, beginning in 2020. The field will be expanded from 156 players to a final size to be determined, and two courses will be used for the 36-hole, stroke-play portion of the championship. The Country Club of North Carolina’s Dogwood Course will serve as the host site for both stroke play and match play, while the club’s Cardinal Course will be the stroke-play co-host course for the 2021 Junior Amateur.

“The Country Club of North Carolina and amateur golf have a long-standing relationship and the USGA is appreciative of this continued and passionate commitment,” said Stuart Francis, USGA Championship Committee chairman. “The U.S. Junior Amateur is junior golf’s most prestigious championship and we look forward to identifying a champion for the first time in the state of North Carolina in 2021.”

Established in 1963, The Country Club of North Carolina (CCNC) is a member-owned, 2,000-acre facility that includes longleaf pines and three lakes. A certified member of the Audubon Cooperative Sanctuary Program since 2003, the club is located less than one mile from Pinehurst Resort and Country Club, the site of three U.S. Open Championships, with another to come in 2024. The Dogwood Course was designed by Ellis Maples and Willard Byrd and renovated by Kris Spence in 2016. The Cardinal Course was designed by Byrd and Robert Trent Jones Sr. and renovated by Arthur Hills, from 1999-2002.

“The Country Club of North Carolina is honored to host the 2021 U.S. Junior Amateur Championship and to be among the prestigious clubs to host this wonderful event,” said Tom Beddow, club president. “CCNC has a great history and tradition of supporting amateur golf and we have the experience, infrastructure and a committed staff and group of volunteers who will help make this a memorable championship.”

The Country Club of North Carolina has hosted two USGA championships. Hal Sutton defeated Bob Lewis Jr., 9 and 8, to win the 1980 U.S. Amateur. Sutton’s victory capped a spectacular summer in which he won the Western Amateur, the North and South Amateur and the Northeast Amateur, and also helped the USA capture the World Amateur Team Championship. In 2010, Doris Chen won the U.S. Girls’ Junior by rallying in the afternoon round to post a 3-and-2 victory over Katelyn Dambaugh.

The 2019 U.S. Junior Amateur will be contested July 15-20 at Inverness Club, in Toledo, Ohio, and the 2020 championship is scheduled for July 20-25 at Hazeltine National Golf Club and Chaska Town Course, in Chaska, Minn.

About the USGA
The USGA celebrates, serves and advances the game of golf. Founded in 1894, we conduct many of golf’s premier professional and amateur championships, including the U.S. Open and U.S. Women’s Open. With The R&A, we govern the sport via a global set of playing, equipment and amateur status rules. Our operating jurisdiction for these governance functions is the United States, its territories and Mexico. The USGA Handicap System is utilized in more than 40 countries and our Course Rating System covers 95 percent of the world’s golf courses, enabling all golfers to play on an equitable basis. The USGA campus in Liberty Corner, New Jersey, is home to the Association’s Research and Test Center, where science and innovation are fueling a healthy and sustainable game for the future. The campus is also home to the USGA Golf Museum, where we honor the game by curating the world’s most comprehensive archive of golf artifacts. To learn more, visit usga.org. 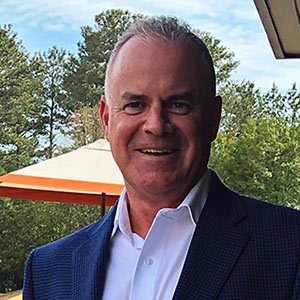 Thirty-Year Industry Veteran With Deep Experience in Tourism and Golf to Start on Sept. 4

The Convention and Visitors Bureau (CVB) of Pinehurst, Southern Pines, Aberdeen has named Phil Werz as its new President and Chief Executive Officer. Werz will begin his new role on September 4th. Beverly Stewart, Vice President of Sales, has been serving in an interim role with the CVB and will support the incoming President and CEO during the transition phase.

Werz will arrive to the destination after serving as the director of membership and advertising at The Golf Club of Georgia, one of the elite private clubs in the Atlanta area. He also served in a similar capacity at The Manor Golf and Country Club in Milton, Ga. The CVB made their decision after a search nationally and internationally.

“After an extensive search, the CVB Board is very pleased to welcome Phil to the destination as the next executive director of Moore County’s tourism development authority. We are looking forward to him taking it to the next level,” according to Board Chair, Bonnie McPeake.

“I could not be more excited to be chosen to lead and represent such an iconic and globally recognized brand and destination,” said Werz. “This premier destination is growing and while golf will always be king here, there is so much more going on in the area for leisure and business visitors to enjoy. We want to tell the story of the entire destination as it has so much to offer everyone who visits. I cannot wait to get started and become a part of this amazing community.”

Werz’s 30-year career spans multiple disciplines including upscale resort marketing and public relations, advertising agencies and broadcast television. Of note, he served as the director of marketing and communications at The Ritz-Carlton of Naples (Florida), at that time one of only 27 five-star, five-diamond properties in the United States. He also served in similar capacities with Sandestin Resort and Spa in Destin, Fla., Lansdowne Resort in suburban Washington, DC, and The Grove Park Inn Resort and Spa in Asheville.

During his broadcast career, he earned 13 Associated Press awards, two regional Emmys and the prestigious Edward R. Murrow Award for Excellence in Broadcast Journalism. While not a certified PGA professional, Phil attended PGA school in Florida and subsequently was a golf instructor at The Cindy Reid Golf Academy in Shenzhen, China. As an agency public relations representative, Werz managed 13 golf clients, including five Top 100 courses in the U.S. and played a significant role in the success of one of the largest annual golf charity events in the country – the Hootie & The Blowfish “Monday After The Masters” in Myrtle Beach, SC.

Werz is an avid, single digit handicap golfer and has played in state amateur tournaments during his career in Virginia and South Carolina.

In his role as President and CEO, Werz will lead staff responsible for travel and tourism marketing, group sales, promotion, brand relevance, product development and visitor services. He will also execute the marketing plan and devise strategies to enhance Moore County’s tourism brand value and product for all visitors and future generations while positively impacting the local economy.

In 2017, Moore County ranked as the eleventh largest tourism economy in North Carolina, generating $484 million annually in visitor spending, which supports the second largest employment sector in the county.

The Convention & Visitors Bureau is the economic development agency responsible for travel and tourism promotion, product development, and visitor services for Moore County, NC. The CVB devises strategies to enhance the County’s tourism brand value and product to accommodate the next generation of visitors, thereby stimulating the local economy and enhancing the quality of life for residents and visitors alike.