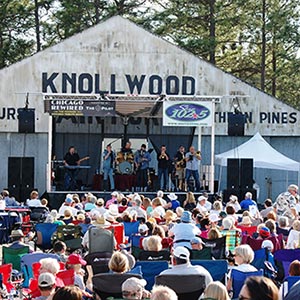 On The Border – The Ultimate Eagles Tribute – honored by AXSTV as one of the world’s greatest tribute bands, will help kick off the 2019 Festival D’Avion on April 12 with a live concert at the Moore County Airport.

“On the Border is honored to be performing at the 2019 Festival D’Avion. We are long time military supporters with many of our fathers who once served. We look forward to seeing and meeting veterans and putting on a great show for your guests. See you next month!” said the Charlotte-based On The Border-the Ultimate Eagles Tribute.

What sets this Eagles tribute band apart from any other is the members were hand selected to emulate both the sound and overall feel of each of the Eagles, treating fans to an authentic concert experience while journeying through The Eagles songbook. The band covers every big hit, from ballads such as “Desperado” and “Lyin’ Eyes” to rock hits such as “Life in the Fast Lane” and “Heartache Tonight” with such accuracy that listeners may permanently confuse “On the Border” with the real Eagles.

Hitting major festivals and concert venues around the country, the band created so much of a buzz that in 2015 AXSTV’s hit show, “The World’s Greatest Tribute Bands” came calling for them to perform Live on TV at the famous “Whisky a Go Go” in Los Angeles.

“We can’t think of a better way to kick off the 2019 Festival D’Avion than an exciting skydiving team representing Children of Fallen Heroes descending from the skies to greet a crowd of concert goers that will be equally excited to get the show started from a band that can artfully replicate that wonderful Eagles sound we’re all so familiar with,” said Festival D’Avion founding partner David Droschak.

A group of award-winning food trucks, along with snacks and ice cream, will be on hand as well as an array of beverages to include First Flight Vodka, Deep River Brewing, Southern Pines Brewing, Surry County Wine Trial and Coca-Cola products.

Gates will open at 5 p.m. for the Friday evening concert and fans are encouraged to bring their own chairs to the concert if they do not purchase VIP seating.

Discounted tickets to the airport concert and Saturday festival are still available and can be purchased online at www.festivaldavion for $15 each. Additional VIP concert seating can also be purchased online. A ticket is good for both days – April 12 and April 13 – of the festival, which is presented by Pinehurst Resort & Country Club, Cirrus Aircraft and Mercedes-Benz of Fayetteville. Tickets will increase to $25 beginning April 1 and to $30 on location the day of the concert.