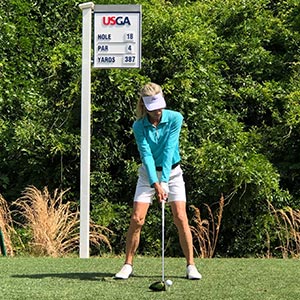 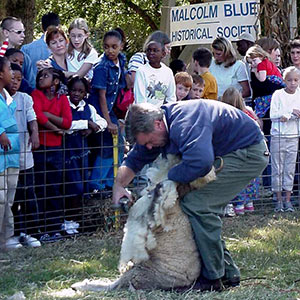 Dandy Dozen: Your Sandhills To-Do List During the U.S. Amateur 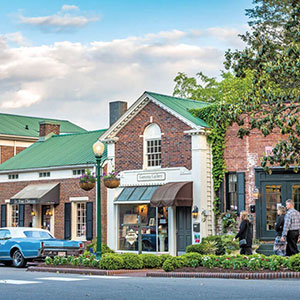 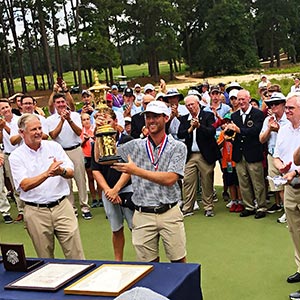 Andy Ogletree, a 21-year old senior at Georgia Tech, claimed the title in the 119th United States Amateur championship on August 18th at Pinehurst Resort & Country Club. He defeated 21-year old John Augenstein from Vanderbilt University 2 and 1 in the 36-hole match played on Pinehurst No. 4 and No. 2 courses. It is the first time ever the championship match was played on two courses. Ogletree is the first winner of the Havemeyer Trophy from the state of Mississippi and joins five-time winner Bobby Jones and 1997 champion, Matt Kuchar, to win the U.S. Amateur. Watch the interview (see the link below) we did with Ogletree immediately after his historic victory. 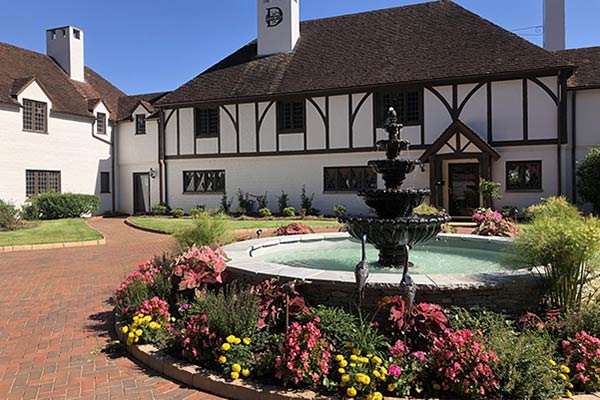 Duncraig Manor and Gardens Now Open as Bed and Breakfast Option for Visitors.

Duncraig Manor and Gardens, a Grand Tudor style home first constructed nearly 90 years ago, has been completely restored and opened August 1, 2019 as a 12,000-square-foot bed and breakfast inn in Southern Pines. The home is owned by Donald and Caroline Neysmith, who purchased the home in 2017 after the property had been through a period of decline. The home offers seven guest rooms for occupancy with rates starting at $195 per night.

“The renovation process was extensive,” said Donald Neysmith. “We look forward to people visiting and enjoying themselves on the property. But, it is also a chance for us to welcome people from all over the world and perhaps meet new friends.”

“This is about Southern hospitality,” said Caroline Neysmith. “We are excited to see Duncraig Manor open. It has been a labor of love and a lot of hard work, but we are ready now to show it off.”

Duncraig Manor is located on four acres of land in Southern Pines just up the street from the Weymouth Center on E. Connecticut Avenue. The Naysmith’s purchased the home for $860,000 and reportedly invested another $1 million to complete the restoration. While the inn maintains seven living quarters, the property can also host as many as 20 events per year. Aside from the guest rooms, the inn also features a butler’s pantry, gardens, patio and terraces. Guests are also provided a gourmet breakfast each morning and hors d’oeuvres in the afternoon.

The Naysmith’s are North Carolina residents, but spent many years in Europe. Their passion is for reclaiming and restoring historically significant structures. To date, they have completed six historic restorations, the planning and production of high-end weddings, special events, international corporate events and management of multi-million dollar global projects.

The home was originally built in 1928 for the family of the Chairman of the Quaker Oats Company. As part of the Southern Pines Historic District, the home was added to the Department of the Interior’s List of Historic Places in November of 1991.

In 1990, Duncraig was chosen as a “showhouse” by the American Society of Interior Designers. Over 40 designers participated with each decorating a separate space in the house. The Manor then went through a period of decline until Caroline and Donald Naysmith purchased it in 2017. As the fifth owners of the property, the new owners began the process of historic restoration with the objective of returning Duncraig to like-new condition. Due to the size and complexity of the project, which included the grounds as well as the structures, it took about 18 months to complete the process. The century-old integrity of the historic house was carefully maintained during the restoration, which makes an old-world connection while providing a comfortable and charming retreat for guests. In 2018, the Southern Pines Town Council approved the use of Duncraig Manor as a bed and breakfast and special events venue.

“Duncraig Manor is an impressive and unique property with so much history and will be a tremendous asset to the community and for tourism interests,” said Phil Werz, CVB president and CEO. “We certainly wish to thank the Naysmith’s for their hard work, dedication and vision to bring this property back to the grand status it so richly deserves.”

To learn more about Duncraig Manor and Gardens, visit: www.duncraigmanorandgardens.com. Or call 910.725.1084 between the hours of 9 am and 6 pm.