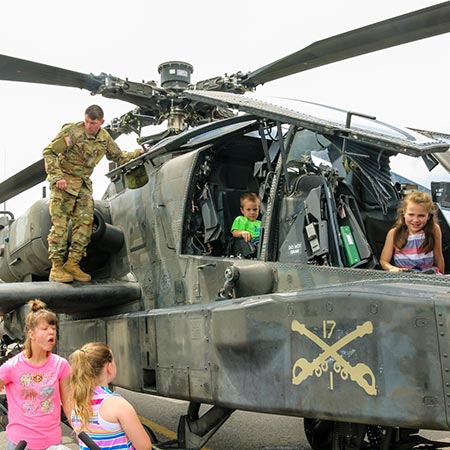 CARTHAGE, N.C. (February 25, 2020) – The Festival D’Avion organizers have recently partnered with the USO of North Carolina and will provide complimentary tickets to those families who have been involved with the recent 82nd Airborne deployment at Fort Bragg.

Details for the distribution of these tickets will be published in the coming days.

“Providing free tickets to the families of deployed soldiers is the right thing to do,” said Festival D’Avion co-founder Peter Stilwell. “Every ticket we sell to the general public will be matched with a donated ticket for these families. We are pleased to be working with the USO of North Carolina, which will make sure these tickets get into the hands of the special families to enjoy the 2020 Festival D’Avion.”

The USO will also have a display on-site during the Festival D’Avion on October 2-3, 2020, for those who would like to learn about their mission of supporting military servicemen and servicewomen in the state of North Carolina.

Tickets for the Festival D’Avion are available online at www.festivaldavion.com. with exclusive discounts for active and retired military personnel.

The Festival D’Avion debuted in the spring of 2018, with a main goal of celebrating freedom and flight. For the past two years, the event has paid tribute to the men and women who have served in the military with special aircraft displays from the individual branches of the Armed Forces, Warbirds and vintage planes, along with featured entertainment. The inaugural Festival D’Avion recognized the Centennial anniversary of Fort Bragg, and last year’s festival honored Roy “Swede” Boreen, Jr., who remains a local hero and survivor of the attack on Pearl Harbor.

The Festival D’Avion has quickly become a premier static airshow in North Carolina and one of the few events which has received Pentagon participation approval from all of the individual branches of the military. To date, the 2020 Festival D’Avion boasts commitments from the U.S. Army and Fort Bragg, the Marine Corps and Camp Lejeune, the Coast Guard from Elizabeth City. The Air Force has recently committed a squadron of F-16 fighter jets out of Shaw Air Force Base in Charleston, S.C., to conduct a spectacular fly-over during the event. The Naval base in Virginia will also be providing an F-18 fighter jet, and the Army Special Forces C-27 from Pope Field near Fort Bragg will also be returning in 2020.

The Raleigh-based Bandit Flight Team, highly-trained former military pilots, will be performing aerial fly-overs and maneuvers during the 2020 Festival D’Avion as a tribute to the military Warbird heritage and as an opportunity to salute the returning war veterans.

“It has been an honor for the Moore County Airport to host this prestigious event for the past two years,” said Ron Maness, a former Air Force fighter pilot and the current manager for Moore County Airport. “Our community has been so supportive of the men and women who serve to protect our freedom, and we are thrilled that this event continues to grow each year. The members of the Airport Authority and our staff are eager to show off our airport facilities to the thousands of anticipated patrons during this unique Festival. It is amazing to the see the growth of this great event.”

The 2020 Festival D’Avion has again partnered with the nonprofit foundation, Children of Fallen Heroes, whose mission is to provide support and immediate needs for children and surviving spouses of First Responders and military fallen heroes. The Children of Fallen Heroes was founded by Kenneth Wasley to honor the life of his father and the 13 men who lost their lives while serving the U.S. Army Parachute Team, The Golden Knights, in a tragic plane crash in North Carolina in 1973. The “Skydiving Angels,” along with Fort Bragg based jump teams, will perform precision jumps during the Festival on Friday and Saturday.

“As we celebrate freedom and flight during the Festival D’Avion, it was important that we include the men and women that serve as First Responders throughout North Carolina,” Stilwell said. “Last year, we introduced a special exhibit area featuring a collection of classic and modern-day rescue vehicles with their crews in attendance, and we are excited to expand this area in 2020 to include aircraft from the N.C. Highway Patrol, Carolina Life Flight and the N.C. Forestry Department.”

Their helicopters and fire-fighting airplanes will be on display, but will remain on call throughout the day in case of emergencies. All area First Responders in uniform will be provided complimentary admission to the event.

The Southern Pines-based Heritage Flag Co. will once again provide custom flags that will be used for various recognitions during the event. The Heritage Flag Co. has been involved with the event since its inception, and founder Heath Trigg has been a huge supporter of the men and women who serve our country. His beautiful flags are proudly displayed around the world, and The Heritage Flag Co. is one of several community businesses that contribute their support to the many military foundations and organizations.

Classic cars and trucks will also be displayed during the event. A variety of food and beverage options will be available from area and regional food trucks, craft beer breweries, North Carolina wineries and vendors. The Festival Kids Zone will offer a huge variety of themed attractions, obstacle courses, games and slides. 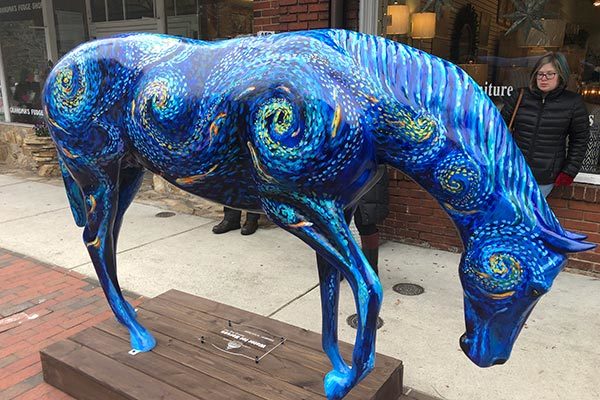 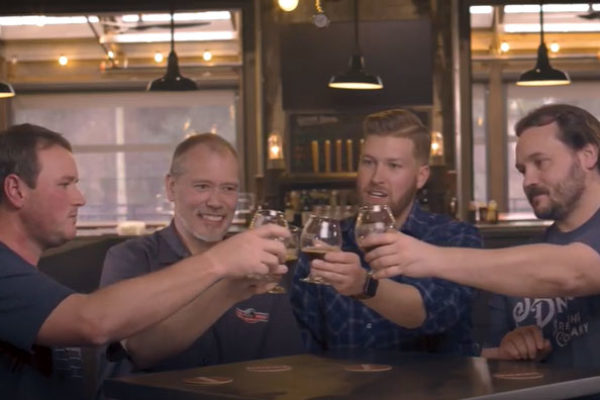 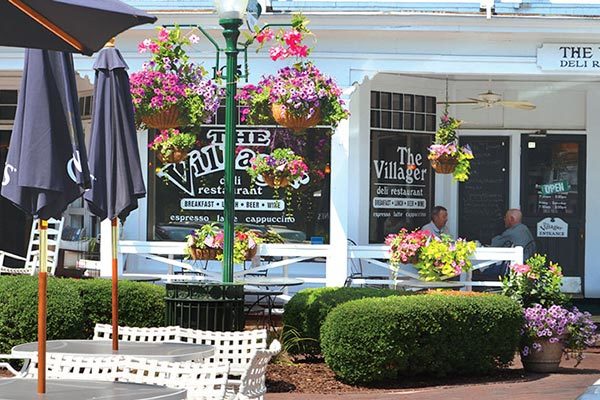