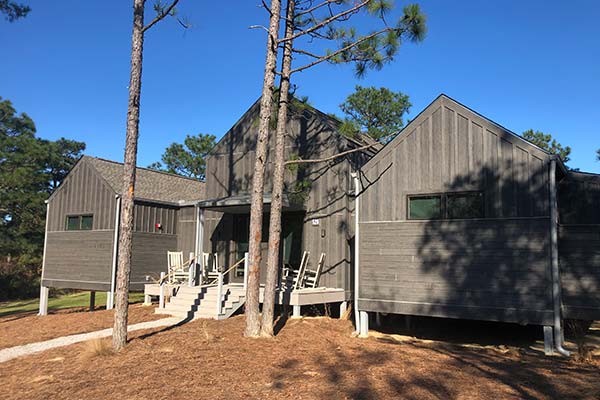 The cottages — two standard and one executive — include four bedrooms with private bathrooms, a kitchenette and seating area designed for cards or board games, and a separate TV lounge space, with gas fireplace, course views and an exterior patio. The executive cottage includes an outside fire pit, a full bar, and several of the bathrooms offer double sinks and steam shower function.

The club, built in 2010 and acquired by Dormie Network in 2017, was widely heralded upon its debut. A walking golf course, Dormie Club was crafted into more than 300 rolling acres of land, and features 100-foot elevation changes, two natural lakes, and hardwood and pine forests.

Two other cottages at Dormie Club are nearing completion, including an expansive, two-story owner’s cottage with an exterior deck overlooking the lake next to the 5th fairway. The cottage’s lower level showcases an entertainment area equipped with bar, TV lounge, golf simulator and on-grade patio.

Dormie Club’s ongoing enhancements both on and away from the golf course also include a 16,600-square-foot clubhouse and a stand-alone pro shop, scheduled to debut in July 2021, along with a total of 15 cottages of several sizes, all reflecting the rustic, secluded nature of the club’s golf course and its surrounding environment. A new club entrance gate, maintenance and housekeeping buildings and on-course comfort station are all expected to be completed by early- to mid-2021.

Also around the highly-regarded Coore-Crenshaw layout, the bunkers have been restored using the Better Billy Bunker system, cart paths have been enhanced, winding walking bridges have been constructed, several new tee boxes accessible by walking trails have been added, landscaping has been refreshed, hundreds of trees have been removed to improve views around the property — while a new practice putting green and parking area are also being constructed. An extended driving range will eventually measure about 310 yards, including two indoor hitting bays on the back end.

“Dormie Club is Dormie Network’s flagship property and it’s located in the Home of American Golf, so our members and their guests, who are primarily golf aficionados, expect the best when they are here and we are going to deliver,” said Dormie Club General Manager Tony Chapman.

Dormie Club is one of six private destination golf clubs owned and operated by Dormie Network, each of which has experienced significant renovations and/or expansions following their acquisition. The network does not pass on any assessments to members and holds no debt on any of its properties. 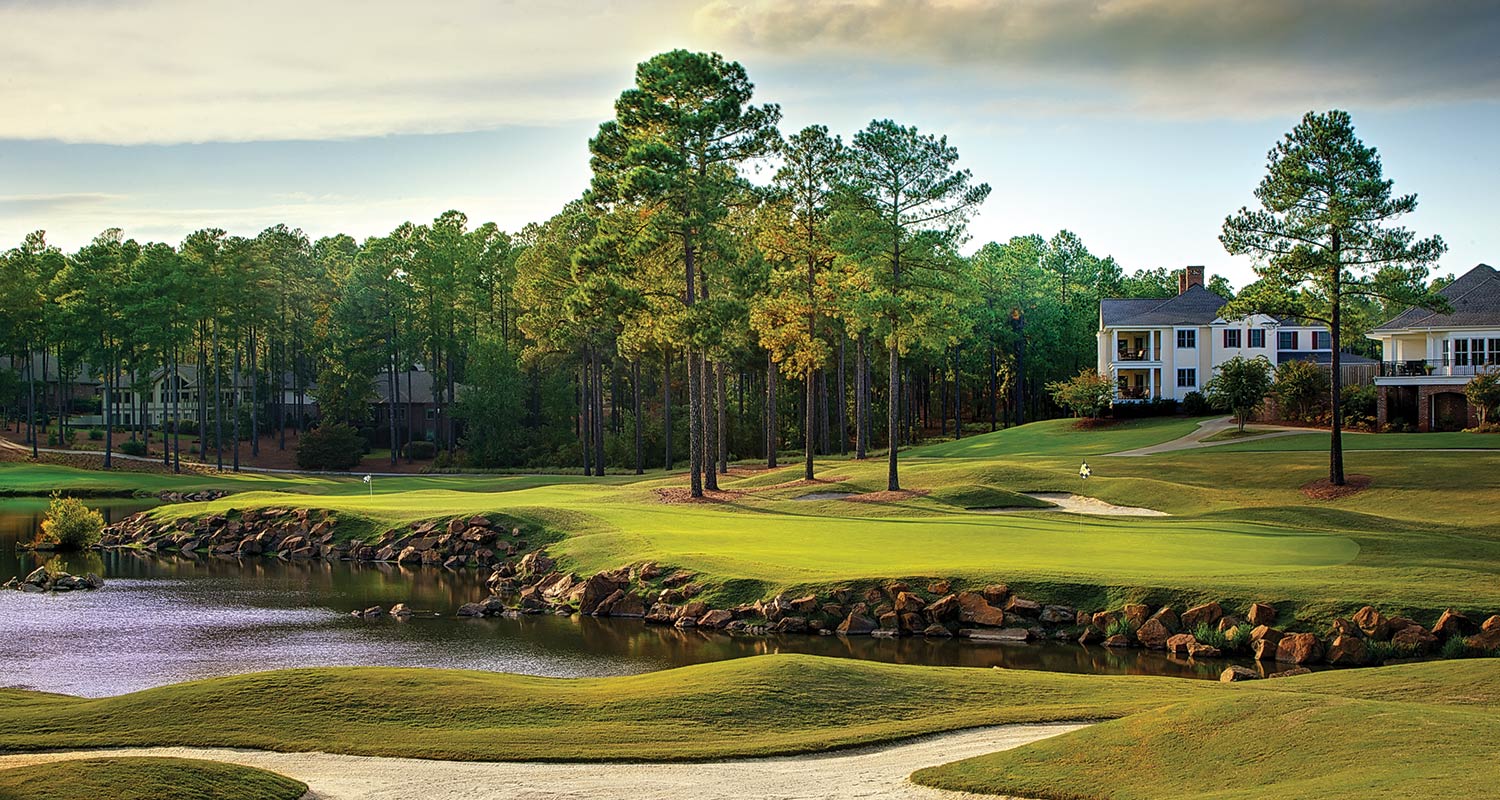