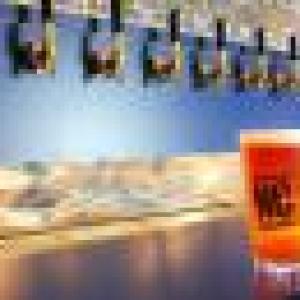 North Carolina, one of the nation’s top craft beer states, celebrates the craftsmanship of 100 breweries and destinations that embrace it with the return of NC Beer Month in April 2014.

North Carolina’s profile as a destination for beer lovers has risen dramatically in the past decade. With more than triple the number of craft breweries, North Carolina ranks 10th nationally and has the most breweries of any state east of Texas and south of Pennsylvania, according to 2012 figures from the Brewers Association.

Our local brew house, Railhouse Brewery,  was officially founded Dec 1, 2010, in the historic town of Aberdeen, North Carolina. Their signature brew, Mastiff Oatmeal Stout, has won numerous awards across the state including “First Place Stout” at the 2013 North Carolina Brewer’s Cup and  “Best in Show Gold Medal” at the 2013 Blues N Brews Festival. Be sure to stop by and try it!  www.railhousebrew.com

Visit NCBeerMonth.com between now and the end of April to tap into celebrations from the mountains to the coast.