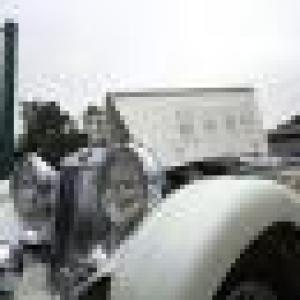 To commemorate the 50th anniversary of The Beatles arriving in America and the elegance of classic British automobiles, the 2014 Pinehurst Concours d’Elegance will stage a “British Invasion” concert in the Village of Pinehurst on May 3.

The event begins at 4 p.m. in the Tufts Memorial Park (also known as the Village Green), with the Beatles cover band “Let It Be” performing at approximately 5:30 p.m. The concert is a prelude to the May 4 Pinehurst Concours staging of more than $100 million worth of vintage autos on the pristine fairways of Pinehurst Resort.

The concert is free of charge to the general public, with an opportunity to purchase tickets on site for Sunday’s showcase of 119 vintage cars, which will be judged in 12 classes. The inaugural winner of Best In Show at the 2013 Pinehurst Concours was a rare 1938 Steyr Roadster – one of only six ever made.

In addition to the free concert, the Saturday evening event will be an opportunity for car buffs to see British Auto Touring Society makes such as Aston Martin, Bentley, Jaguar, and Lotus parked adjacent to the concert venue.