Commodores To Perform At 2016 Pinehurst Concours

The Commodores, one of Motown’s most prolific funk/soul bands of all time, with generational hits such as “Brick House,” “Three Times A Lady” and “Nightshift,” will perform a live concert at the 2016 Pinehurst Concours d’Elegance vintage car showcase in April. 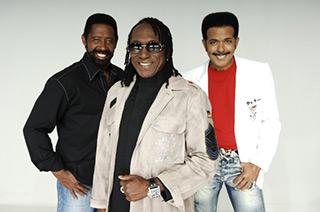 The Commodores have sold more than 70 million albums and recorded seven No. 1 hits, and will showcase their immense talent April 30 on the fairways of Pinehurst Resort following the awards ceremony at the fourth annual Pinehurst Concours – a tradition started last year in which Three Dog Night performed.

An introductory ticket offer of $30 will be available online beginning Monday, Nov. 2 at www.pinehurstconcours.com. The 2015 Pinehurst Concours and concert drew in excess of 10,000 patrons.

“A decision to move the Pinehurst Concours from Sunday to Saturday, and adding a concert proved to be a perfect match in our championship setting, and instrumental in helping our event grow into one of the most unique concours in the country,” said Pinehurst Concours president Jay Howard. “The Commodores performing will just add another level to our Pinehurst experience.”

The Commodores were Motown’s largest selling act for two decades in the 1970s and ‘80s, racking up a string of hits that literally moved an entire generation. The pop legends won their first Grammy Award in 1986 with the song “Nightshift,” which was a tribute to Marvin Gaye and Jackie Wilson.

And four decades after reaching stardom, the Commodores continue to sell out venues across the world.

“Any time there is a new place that has been undiscovered by us like Pinehurst Resort we are excited about coming because we love what we do,” said Walter “Clyde” Orange, the band’s drummer who wrote many of the hits that propelled the Commodores to the top. “People who come to hear the Commodores for the very first time still know all the songs, and over the years we’ve perfected them to where they sound just like the records.

“We have a saying that ‘once you’re exposed to the Commodores you refuse to accept anything less,” added Orange. “The fun and joy for us after all these years is watching the people’s reactions because they don’t expect to get what they are seeing or hearing. When they hear us it’s a shock. When the Commodores show up we give the best and believe in what we do. We come to perform and when we walk on that stage we mean business. That’s what we call being in Commodore County.”

Orange said his first car was a 1955 Chevrolet Bel Air.

“We’re looking forward to seeing the pristine cars that you can’t get any more,” Orange said. “They just blow you away; you look at them and say ‘Wow.’ It is so intriguing and educational.’’