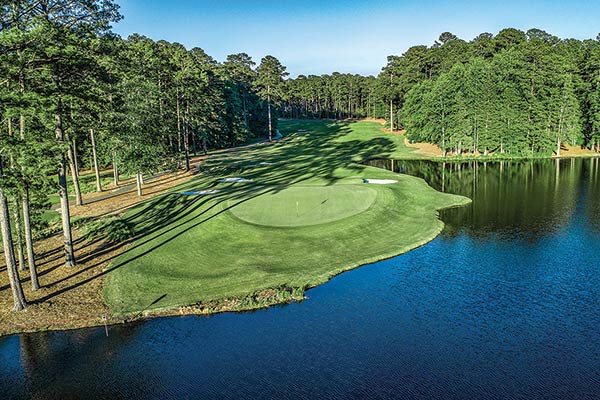 “The Country Club of North Carolina is honored to host the 2021 U.S. Junior Amateur Championship and to be among the prestigious clubs to host this wonderful event,” said Tom Beddow, CCNC club president. “CCNC has a great history and tradition of supporting amateur golf and we have the experience, infrastructure and a committed staff and group of volunteers who will help make this a memorable championship.”

In April, the USGA had announced that the 2020 championship, with an expanded field from 156 to 264, at Hazeltine National Golf Club in Chaska, Minn., was canceled “as a result of continued uncertainty surrounding the unprecedented COVID-19 pandemic.” So, this means CCNC will be the first site to host the U.S. Junior Amateur Championship with the expanded field.

Simpson, a North Carolina native, and 2012 U.S Open champion, is the honorary chairman of the 2021 U.S. Junior Amateur Championship.

“As the honorary chairman, I’m glad to provide as much assistance to the players and CCNC as I can,” said Simpson, who competed in two U.S. Junior Amateurs and advanced to the quarterfinals in 2003. “The Simpson family is excited about the Junior Amateur coming to North Carolina and getting to know the players and their families. So glad we are next to host this great event.”

About The Country Club of North Carolina
The Country Club of North Carolina (CCNC), established in 1963, is a member-owned, gated residential community with 2,000 acres that features longleaf pines, three lakes and upscale tennis, fitness, swimming facilities and pickleball courts. The membership is local and national. Since 2003, it has been a certified member of the Audubon Cooperative Sanctuary Program. The Dogwood Course was designed by Ellis Maples and Willard Byrd and renovated by Kris Spence in 2016. The Cardinal Course, designed by Willard Byrd and Robert Trent Jones, Sr., completed a renovation by Arthur Hills in 2002.