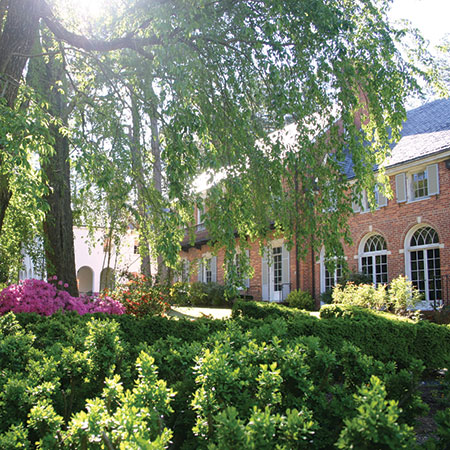 Join us in the Great Room for our popular series featuring internationally recognized classical musicians in an intimate concert setting. Sunday, February 27 features University of North Carolina School for the Arts faculty and internationally renowned soloists Kevin Lawrence, violin, and Dimitri Shteinberg, piano. Program to include violin-piano sonatas by Bach, Schubert and Bloch.

Kevin Lawrence
Praised for his “vibrant intensity,” (The Times, London) and playing “supremely convincing in its vitality,” (Cleveland Plain Dealer) violinist Kevin Lawrence has consistently elicited superlative responses for his performances throughout the United States and Europe: at Merkin Hall, Carnegie Hall and Alice Tully Hall in New York, the National Gallery of Art in Washington, DC, and in Houston, Chicago, London, Frankfurt, Leipzig, Rome, Prague, Bucharest, Sofia, Moscow, St. Petersburg, and Amsterdam, where the Dutch press described him as “simply miraculous.” (Het Vaderland). He is heard in recordings on the New World label, featured on NPR’s “Performance Today,” and with renowned flutist Carol Wincenc on a CD of American flute quintets released by Bridge Records named as Critic’s Choice by American Record Guide. Lawrence is string chair at University of North Carolina School of the Arts, where he has been a faculty member since 1990. For fourteen summers he taught at the Meadowmount School, and he is founder and director of Green Mountain Chamber Music Festival in Vermont, which held its 17th season during the summer of 2021. Lawrence has given master classes throughout the United States, in Germany, Austria, Slovenia, Russia, the Czech Republic, Romania, Bulgaria, Israel, China, Korea, Thailand, Costa Rica and Venezuela.
Dmitri Shteinberg
Dmitri Shteinberg has appeared across North America, Germany, England, France, Switzerland, Sweden, Italy, Portugal, Russia, Bulgaria and Israel. His solo performances include the Jerusalem Symphony, The Italian Filarmonica Marchigiana, Israel Chamber Orchestra, Israel Camerata Orchestra and Porto National Symphony under the batons of Massimo Pradella, Roger Nierenberg, Florin Totan and David Shallon, among others. In the United States, he appeared with the Baton Rouge, Richmond, Charlottesville, Salisbury and Manassas symphony orchestras. Shteinberg was a guest artist at the Mostly Mozart Festival, Summit Music Festival, Music Festival of the Hamptons, the ”Oleg Kagan” Festival in Germany, Festival Aix-en-Provence in France and Open Chamber Music in Cornwall, England. Chamber music appearances include the Stern Auditorium at Carnegie Hall, The Kennedy Center, The Kimmel Center in Philadelphia, Alice Tully Hall in New York and the Saunders Theatre in Boston.  Called ”protean and refined” by the New York Times, Shteinberg recorded for the Israeli ”Voice of Music” radio station, NPR, the Bavarian Radio, Summit Records and Sono Luminus labels and the Yamaha Disklavier; collaborated with members of the New York Philharmonic and the cellists Han-Na Chang and Natalia Gutman.
* * * * *
COVID-19 and variant protocols at the Weymouth Center
● Masks are required at all times inside the Boyd House. If needed, Weymouth can provide you with a mask. Guests attending/ participating in outdoor receptions are not required to wear masks outside.
● Social Distancing Outside – When possible and appropriate, all are encouraged to conduct Weymouth business outside, and to maintain social distancing.
● When the doors to the Great Room must be closed due to inclement/cold weather, the audience in the Great Room is limited to 30 to allow for 6 feet of social distancing between chairs.
● Receptions are allowed, and may be held outside on the veranda.
● A COVID-19 and Variant Liability Waiver is included with every contract, and must be signed by performer or venue renter prior to events.
● A thermometer for self-administered temperature checks is available inside the front and back entrances to the Boyd House.
● Hand sanitizer is available.
● The Boyd house is cleaned in full weekly, on the Monday of each week.
● Air filters will be changed after every event.
Thank you.
+ Google Calendar+ Add to iCalendar