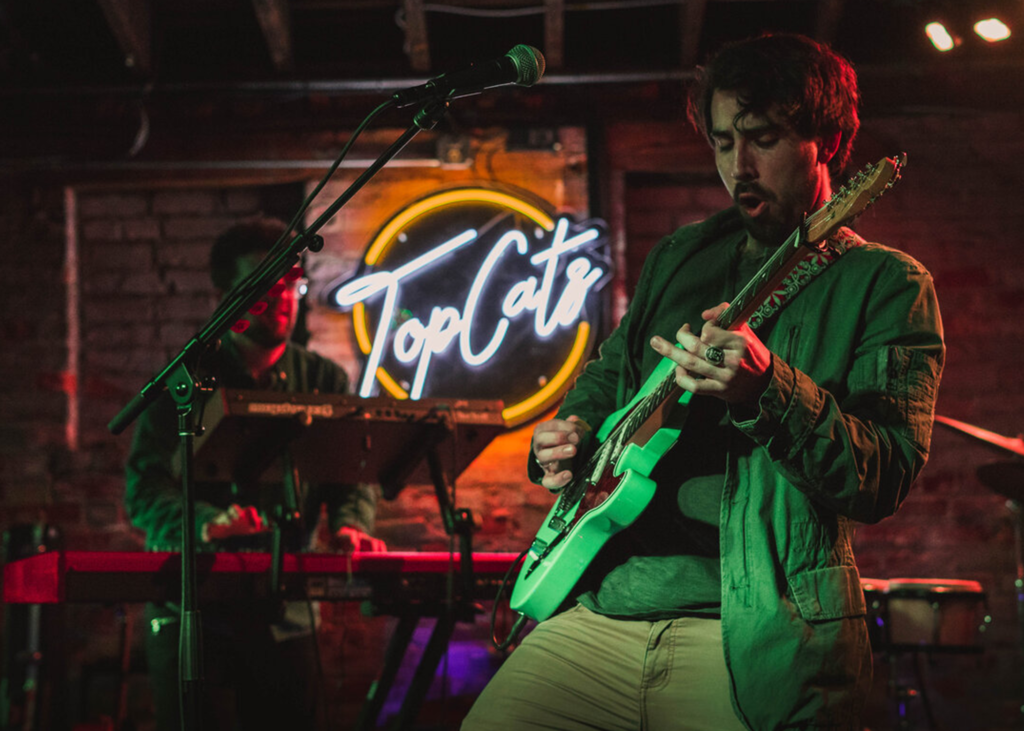 Matt Waters is a soul artist from Cincinnati, OH. A unique blend of an acoustic songwriter & funk frontman, Waters began his career at age fourteen as a young guitarist searching for every opportunity to step onto the stage. He soon discovered his voice, and began stepping out as a solo artist. Waters quickly progressed as an entertainer & songwriter, by his early 20’s had already opened for acts such as Luke Combs, AJR, Judah & the Lion, and Tim Reynolds. As Matt continued to grow, so did the performances. From the local dives to jam-packed stadiums with thousands listeners, Waters refined his craft as an entertainer with incessant touring of the US. During 2019, Waters played over 270 shows across the country from the ocean side bars of Laguna Beach, CA to the coffee shops of Burlington, VT and all the way back to Hilton Head, SC where it all began almost a decade prior. Waters’ live show ranges from a one-man band looping performance to a jam packed 8-piece funk band. Waters is currently working on music from his home studio in Cincinnati, where he is accompanied by his band, “the Recipe” who perform with him on his studio & live performances. They plan to release music throughout 2021 to accompany their touring schedule, and Waters continues to write material for the future. THE RECIPE During 2017, Waters began the recording of his debut single “Cookin Me Up” in Cincinnati, OH alongside founding members of his backing band, Jonny Disco & Jamarco Thomas. The group’s roster soon grew to include Nick Hach, who named the band “The Recipe”.