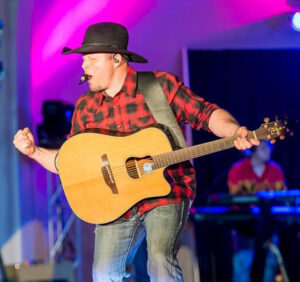 Are you ready for some Country Music? Join us for the final Concert of the 2022 COOPER FORD CONCERT SERIES - THE ULTIMATE GARTH BROOKS TRIBUTE - featuring Shawn Gerhard. "If you're looking for the next best thing to Garth Brooks, you just found it." --Johnny Garcia, Lead Guitarist for Garth Brooks This is the #1 Garth Tribute in the world - hands down! Inspired by Garth Brooks in the 90's, Shawn grew up singing along to his favorite Garth tunes on the radio. He cultivated his silky-smooth vocals while performing in numerous venues throughout the United States. Shawn has shared the stage with countless recording artists, such as Brooks & Dunn, Alan Jackson, Martina McBride and many more.