Veterans (and their Spouses) Become Entrepreneurs

After serving our country in the military, and ready for a second career, an increasing number of veterans (or sometimes their spouses) are becoming entrepreneurs in the Pinehurst/Southern Pines/Aberdeen area. With their organizational skills, discipline, and work ethic they know what it takes to be successful. Craft breweries, multi-service salons, retail shops, bicycle shop, coffee processing, and small manufacturing firms are examples of what these industrious risk takers are creating. Find out why here, why now, and what they hope for with their businesses.
www.rriveter.com
cactuscreekcoffee.com
Spartan Blades Hones Its Success
www.theheritageflag.com

What’s Brewing in the Sandhills?

Craft beer brewing is stirring up action in the Pinehurst, Southern Pines and Aberdeen area. Over the last several years, entrepreneurs, increasingly military veterans, have established new businesses to bring their beer tasting experiences from all over the world to create local brews to entice the most discerning hopheads to the novice “just give me a cold brew” customer. Check out the Railhouse Brewery www.railhousebrewery.com and the Southern Pines Brewing Company www.southernpinesbrewing.com. And, if you want to try lots of NC craft brews, or need some ingredients to brew your own, check out Southern Pines Growler Company at southernpinesgrowlerco.squarespace.com.

Weymouth Center for the Arts – NC Literary Hall of Fame

The first James Boyd, a steel and railroad magnate from Pennsylvania, came to Southern Pines around 1900. He purchased twelve hundred acres and created an estate that included stables, tennis courts, gardens and a nine-hole golf course. He named it “Weymouth” because it reminded him of Weymouth in England. It was there that he wrote and Katharine typed the manuscript for his first and most famous novel, Drums, which was published in 1925. A deluxe 1928 edition was illustrated by the famous artist N. C. Wyeth. Boyd became one of America’s outstanding authors of historical novels.

The Friends of Weymouth was chartered as a nonprofit corporation in 1977 and purchased the home and grounds in 1979 to establish a cultural center. The Boyd House and remaining acreage is listed in the National Register of Historic Places, and was awarded the Minnette C. Duffy Landscape Preservation Award from Preservation North Carolina in 2015.
www.weymouthcenter.org

The Sandhills Faire, a major event held every fall from 1915 through 1925 in the Village of Pinehurst, and one of the largest in North Carolina at that time was housed in The Fair Barn built by the Tufts family in 1917 as an exhibition hall. The building is located within the confines of the Pinehurst Harness Track, and part of the oldest continuously operating equine sports complex in the state of North Carolina. Many famous celebrities from that era visited Pinehurst and some, such as Annie Oakley, performed at various events held at and around The Fair Barn.

Designed by Lyman Sise, a Boston architect and Tufts’ relative, the Fair Barn is in the Mission Style popular around 1915. In 1932 it was partially destroyed by a tornado. After some repairs, it served as a stable for sixty years. The Pinehurst Historic Preservation Foundation was formed in the late 1990s in anticipation of the need to restore and preserve the best elements of the original village.
www.thefairbarn.org 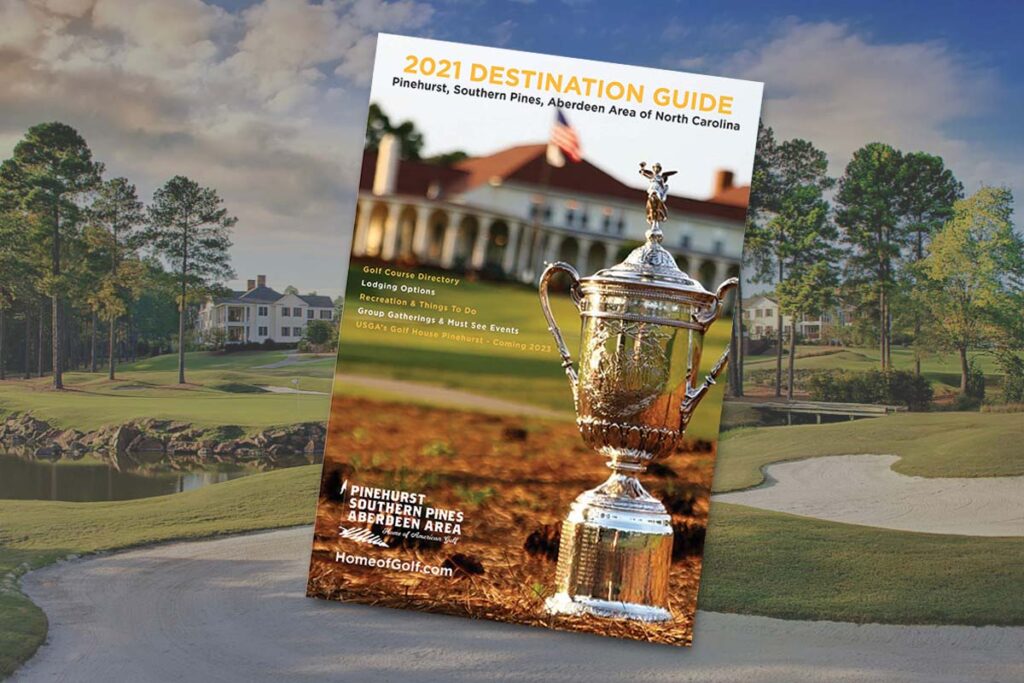