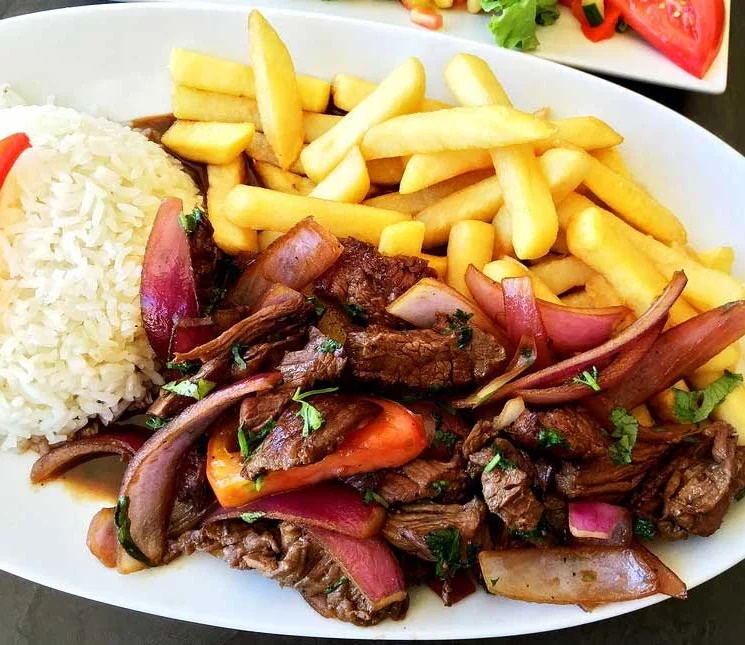 Carolina’s Kitchen & Catering in Pine Bluff, NC, is where the locals go to dine, drink, and socialize. Our menu featu​res dishes assembled from the freshest ingredients, sure to bring bold and inspiring flavors into your life. 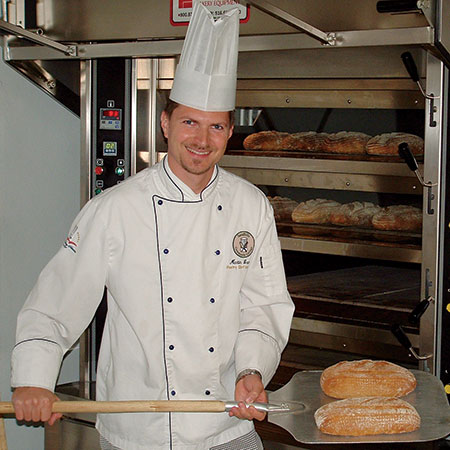 Growing up living over the family bakery business in Hartberg, Austria, Martin Brunner became the fifth generation of family bakers, and trained under an Austrian Master Baker.  In 1991, when Martin was 13, his family relocated the bakery to the U.S.

He is the executive pastry chef and owner of The Bakehouse in Aberdeen, N.C., taking over the family business in 2003. Brunner has also served as lead pastry cook at the Pinehurst Hotel, head baker at the Rococo Bakery in Charleston, S.C., and a pastry cook at Max and Moritz Bakery in Abdereen, N.C.

Martin Brunner brings old world and local experience to his position in the Sandhills Community College Culinary & Pastry Arts program, where he has been teaching since 2003. 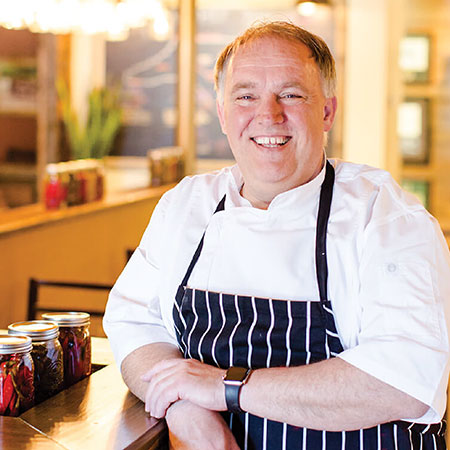 When it comes to fresh ingredients, Mark Elliott likes to go to the source. The Sandhills culinary entrepreneur has made a career – and a life – of sourcing and serving only the freshest local foods.

Elliott studied culinary arts at South Devon Technical College of England. During his early apprenticeships, he often provisioned ingredients from local English farmers, fishmongers and butchers. This direct connection with the foods he cooked instilled in him a deep appreciation for local ingredients. After working his way through Europe and the Mediterranean, he cooked with renowned chef Roy Yamaguchi in Hawaii. He eventually made his way to Pinehurst, where he served as executive chef at the Magnolia Inn.

Elliott’s on Linden opened in Pinehurst in 2004. The restaurant is known for using farm-fresh, local ingredients in a creative, modern way. Elliott’s involvement goes far beyond the kitchen, from watering plants in his gardens to visiting farms across the state.

His attention to detail has paid off. Elliott’s on Linden won the 2011 NC Best Plate award for fine dining in the Piedmont and Eastern Region of North Carolina, and in 2013 Elliott was named among the Best Chefs in America.

With so many irons in the fire, Mark Elliott and his various enterprises are in large part the reason Sandhills diners now search out fresh, local foods deliciously prepared.