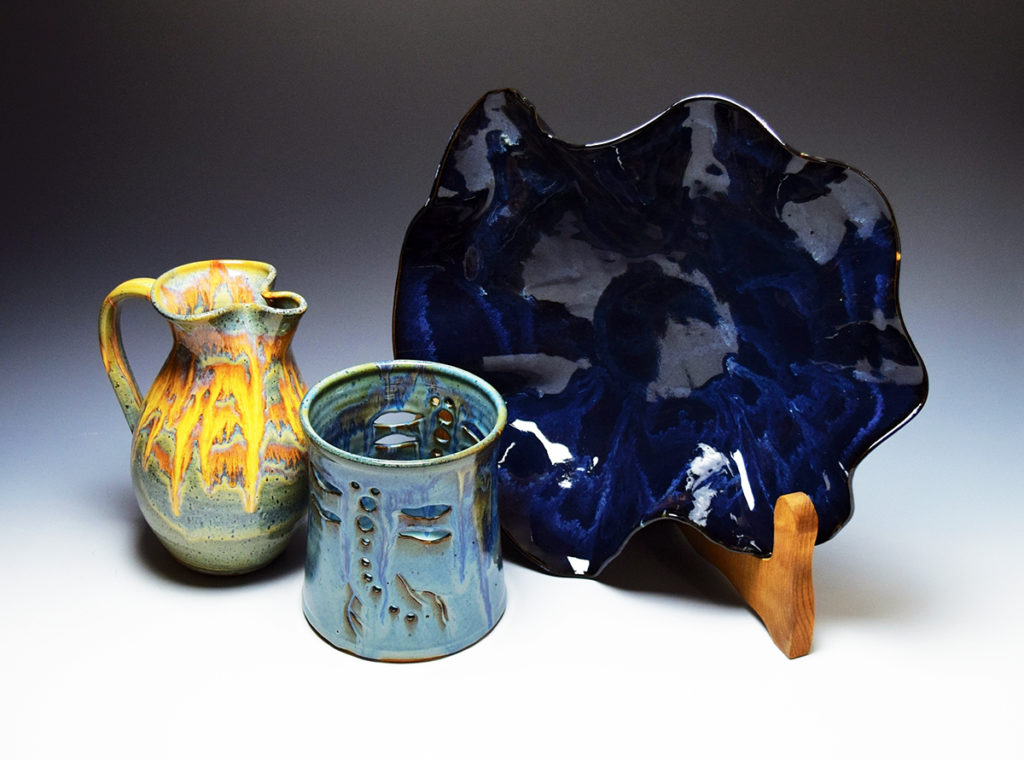 Keith was born in 1964 at Randolph Hospital to Windol and Louise Martindale. He graduated from high school in 1982. Keith was working at Midstate Plastics while attending high school, after Midstate Plastics he then went into textiles doing weaving. From 1993-1996 he helped his father with transmission work then decided to learn how to make pottery so he went to Montomery Community College in 1996. Keith then studied under Phil and Julia Morgan Pottery for 10 months. Keith then went back into textile work and doing pottery for himself. In 1997 the textile company closed and went over seas so Keith went into pottery full time. He then developed his own glazes and techniques that he liked.