A “Summer of Future Stars”

At the Home of American Golf

In the summer of 2021, the Sandhills of North Carolina, better known as the “Home of American Golf,” will serve as a mecca of junior and amateur golf, with numerous stars of the future on display across the region.

The Pinehurst, Southern Pines and Aberdeen area is prepared to host numerous prestigious events during the next few years, leading up to the return of the U.S. Open Championship on Pinehurst No. 2, in 2024. From favorite events and community celebrations to preparations for major golf happenings — such as this year’s U.S. Junior Amateur at the Country Club of North Carolina’s Dogwood and Cardinal Courses, or the 2022 U.S. Women’s Open at Pine Needles, or the 2023 ACC Men’s Golf Championship, which will be contested at CCNC’s Dogwood Course — this venerable North American golf destination continues to serve as one of the country’s safest places to visit. 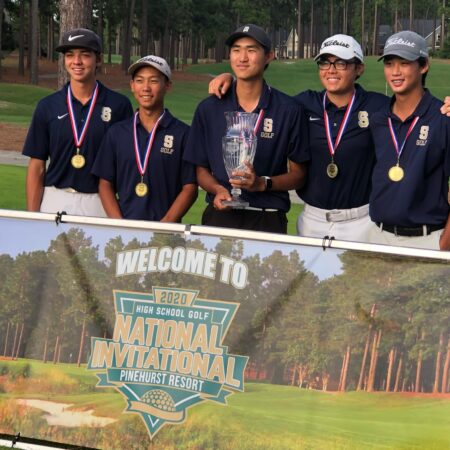 Kicking off 2021’s summer of future stars, in late June, the PGA National High School Golf Invitational heads back to historic Pinehurst Resort. This invitation-only tournament field consists of the top high school golfers from across the country competing at a place as timeless as the game itself. Receiving an invitation is quite an honor since only the top high school teams and individuals will receive invitations based on their State Championship performance.

The Invitational brings together a wide variety of golfers from nearly all 50 states, public or private, small or large. All high school state championship teams, individuals and their families are welcome. The Girls Invitational will be played from June 23-25, while the Boys Invitational follows June 28-30. 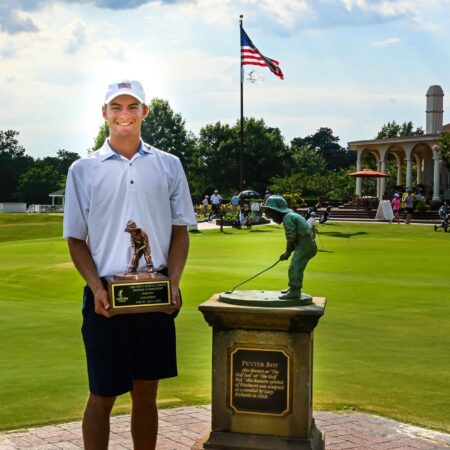 The North & South Amateur Championship at Pinehurst Resort is the longest consecutively run amateur tournament in the United States, with past winners including names like Walter Travis, Francis Ouimet, Billy Joe Patton, Jack Nicklaus and Curtis Strange on the men’s side and Babe Zaharias, Glenna Collett, Brittany Lang and Morgan Pressel on the women’s side. The field is made up of invited players, as well as open applications. Two rounds of stroke play are followed by five rounds of match play to determine the champion. 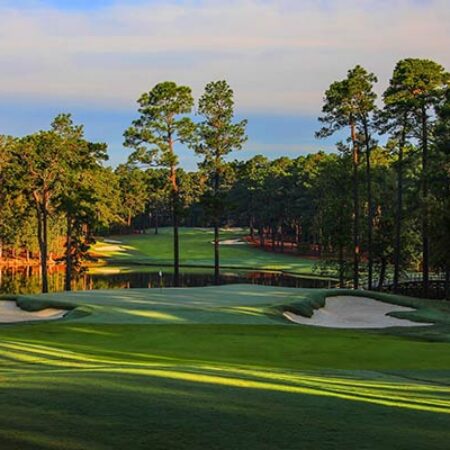 Meanwhile, the Country Club of North Carolina is busy making final preparations to host the 74th United States Junior Amateur, July 19-24. The event is free and open to the public, and chances are good that at least a few of these juniors who we can see up close will eventually compete at golf’s highest levels.

CCNC is hosting a USGA championship for the third time since it opened in 1963. The renowned 36-hole gated community’s Dogwood Course, which is ranked No. 3 in the state by the N.C. Golf Panel, will serve as the host site for both stroke play and match play, while the Cardinal Course, ranked No. 16 in the state, will be the stroke play co-host.

In April, the USGA had announced that the 2020 U.S. Junior Amateur Championship, with an expanded field from 156 to 264, at Hazeltine National Golf Club in Chaska, Minn., was canceled as a result of the unprecedented COVID-19 pandemic. As a result, CCNC will be the first site to host the championship with the expanded field.

“The Country Club of North Carolina is honored to host this event and to be among the prestigious clubs to host this wonderful event,” said Tom Beddow, club President and CVB Board of Directors Chairman. “CCNC has a great history and tradition of supporting amateur golf and we have the experience, infrastructure, committed staff and group of volunteers who will help make this a memorable championship.” 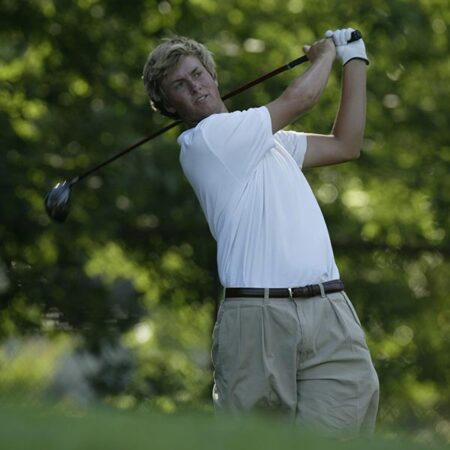 Simpson, a North Carolina native, and 2012 U.S Open champion, is the honorary chairman of the 2021 U.S. Junior Amateur Championship. “As the honorary chairman, I’m glad to provide as much assistance to the players and CCNC as I can,” said Simpson, who competed in two U.S. Junior Amateurs and advanced to the quarterfinals in 2003. “The Simpson family is excited about the Junior Amateur coming to North Carolina and getting to know the players and their families. So glad we are next to host this great event.” 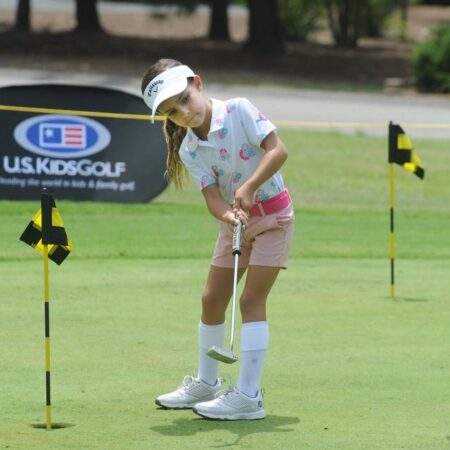 Last but certainly not least, each year, the U.S. Kids Golf World Championship welcomes golfers ages 5-12 to ten championship courses in the Pinehurst area. These courses, this event, and the community of Pinehurst come together to produce the world’s largest junior golf tournament, providing a stage for golf’s next generation of stars to shine. The schedule consists of a Parade of Nations, Parent-Child Tournament, Trackman Demo Days, three rounds of championship play, and the Closing Ceremony. Following the three-day championship, the Van Horn Cup — a one-day best ball tournament featuring the top 12-year-old boys and girls — is contested on Pinehurst No. 4.

If you love the game of golf — particularly amateur and junior golf — you have to make a pilgrimage to Pinehurst, N.C., America’s golf Mecca.

2021 Amateur & Junior Schedule of Events in the Sandhills 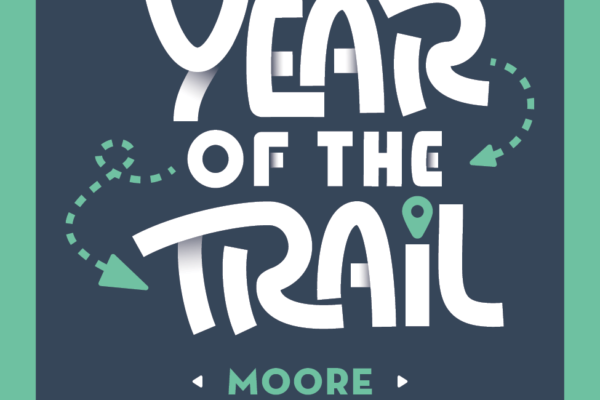 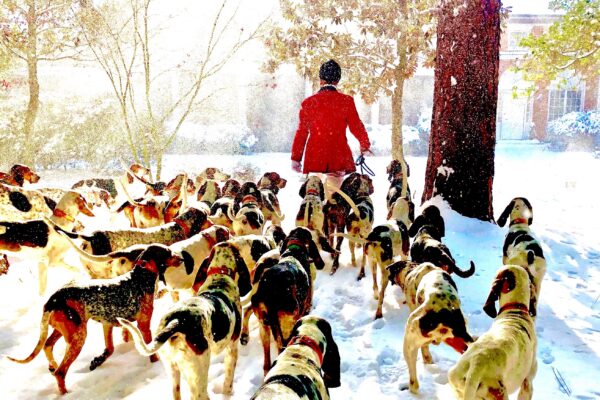