The Military Means Business in the Sandhills 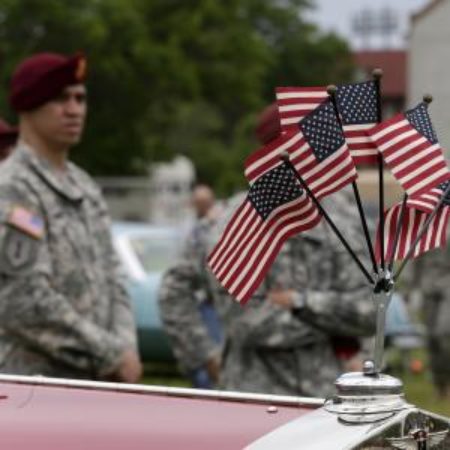 Situated just south of the wide southern border of famed Fort Bragg, the varied communities of North Carolina’s Sandhills are influenced by the military in many ways. That’s especially true when it comes to veteran-owned businesses and other companies and offerings with strong military connections.

As a proud Army veteran (including a stint at Fort Bragg), I try to frequent veteran-owned and military-supportive businesses whenever possible. And, that’s definitely easy to do in Pinehurst, Southern Pines, Aberdeen and beyond, thanks to a wide variety of businesses with military backgrounds and connections. 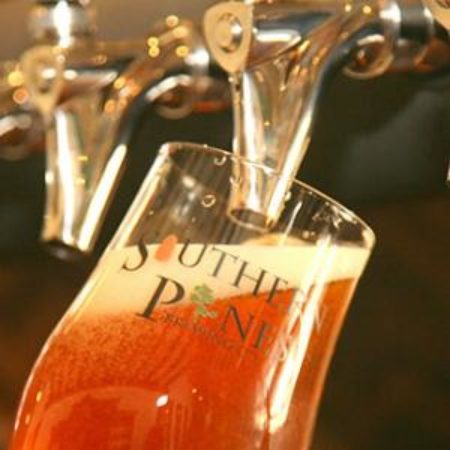 Let’s start with a salute to beer, one of my favorite beverages. A quick Google search reveals that veterans love their beer, including more than three dozen veteran-owned breweries across the country. And, thanks in part to Fort Bragg and many soldiers who enjoy good beer, the Sandhills currently has three breweries that are veteran-owned and -operated: Railhouse Brewery, Southern Pines Brewing, and Hatchet Brewing. 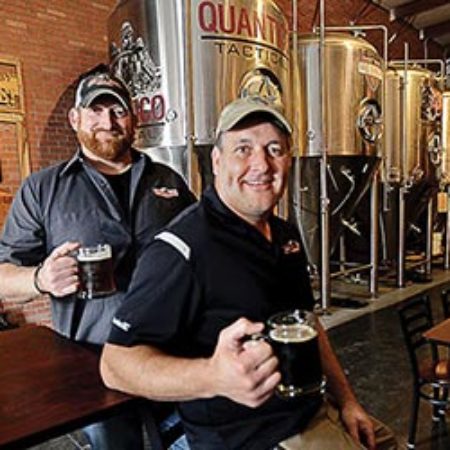 Historic Aberdeen’s Railhouse Brewery was the first brewery to open in the area in 2010, serving their first beers to thirsty residents, visitors, and lots of local soldiers and veterans. They have seriously deep military roots, in that CEO and co-founder Scott Birdsell and co-owner Mark Perry are Army veterans, CFO and co-founder Brian Evitts is a Navy veteran, co-owner Jeremy Reynolds is still serving as an instructor pilot in the Air National Guard, while co-owner Mark Wathen’s homebrewing father served in the Air Force.

After finding the grain silos next to the railroad tracks, first-time visitors quickly fall in love with the brew pub’s vibe under a huge American flag. And, everyone falls in love with Railhouse’s beers, including: KA BAR Brown Ale, named for the iconic Marine Corps knife (the tap handles come directly from the KA BAR factory in Olean, New York); Knight’s Golden Ale, named after the Army’s famed Golden Knights; Red White & Barley American Light Lager; and Pineland Pale Ale; and Winter in the Pines, a popular winter seasonal with hints of cinnamon and nutmeg. Their bottles of beer feature iconic flag bottle caps. 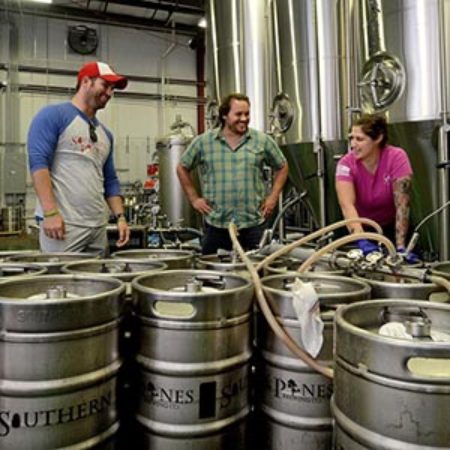 Southern Pines Brewing also bleeds red, white and blue in a big way. Originally co-founded by three Army veterans who served together in the 3rd Special Forces Group (Airborne), including many deployments and combat patrols with Afghan forces and beyond, Southern Pines is now owned and operated by co-founder Micah Niebauer.

“In many ways, a brewery startup is like an extension of deployment and being in a foxhole,” says Niebauer, who was stationed at Fort Bragg for 11 years. “You have all of the risk and excitement of deployment, and it never stops.”

Now with more than two dozen employees and another location in Fayetteville (naturally), Southern Pines Brewing is an integral part of what Niebauer says is a unique quality of life in the area. With a nod to the area, the outdoors, the military, and more, their high-quality core beers include: Man of Law, an American IPA; Duck Hook, a blonde ale best enjoyed after a round of golf; Malty by Nature, a Scottish Export Ale; and Texas Rig, a Double Imperial IPA that’s popular after (or during) a day of fishing. 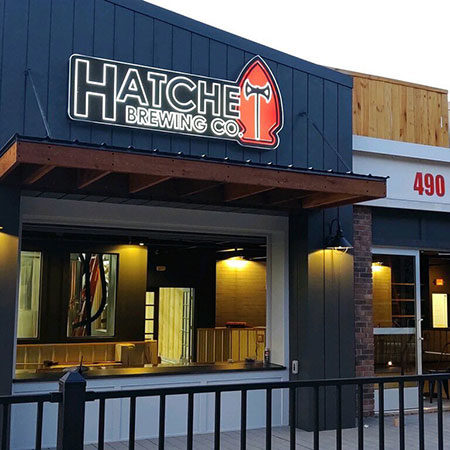 CEO Greg Walker and Mike Carey, the co-owners of Hatchet Brewing Company in Southern Pines, met as neighbors when Greg was in Special Forces training and Mike was the Senior Operations Sergeant Major of the 82nd Airborne Division. They quickly bonded over their shared military experiences … and, their love of brewing and craft beer.

Hatchet Brewing was established in 2017 and they celebrated their grand opening in the fall of 2019. With a lineage of camaraderie, the concept of the company and its logo was born from Special Forces Operational Detachment – Alpha (SFODA) 3331, which draws its history from the Hatchet Special Forces Operations of Vietnam, in which Green Berets partnered with small teams of Vietnamese soldiers to conduct covert missions in Laos, Cambodia, and North Vietnam. To honor that legacy, SFODA 3331 continued to carry “The Patch” as its team symbol during combat operations through Afghanistan and Africa, as a reminder that success is never achieved alone – it takes a team.

The team at Hatchet Brewing has created a great vibe at their Southern Pines hotspot on Broad Street. And, they continue to create great beers, like Augustus Reserve, a Belgian Blonde named in honor of the World War II Jedburgh Team (Team Augustus) that clandestinely parachuted into Nazi-occupied Europe, near the Belgian border in August 1944. Like that heroic Team, Greg Walker reports the beer has a strong backbone. He recommends also trying their Aggressively Hopped Augustus Reserve if they’re still pouring that limited release. 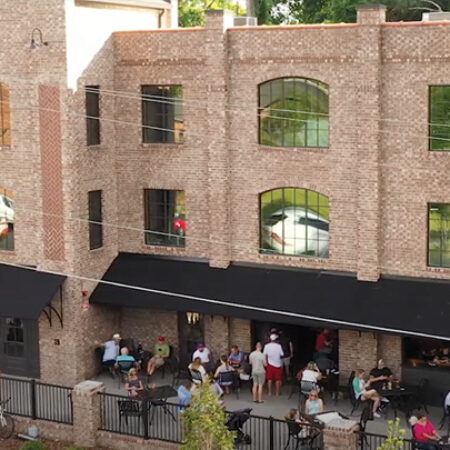 Red, white and blue-loving beer lovers will also want to know about Southern Pines Growler Company. Owner Gerry Bateman reports that they proudly serve a lot of soldiers and veterans. “A good portion of our clientele are military folks, so we serve them both as a respite from ‘the grind,’ but also as a sponsor of many groups [and] organizations that serve the military community.” Located right downtown and featuring a great vibe inside and out, Southern Pines Growler Company is a great place to discover and enjoy all that craft beer has to offer – and perhaps say thanks and cheers to a soldier or veteran. 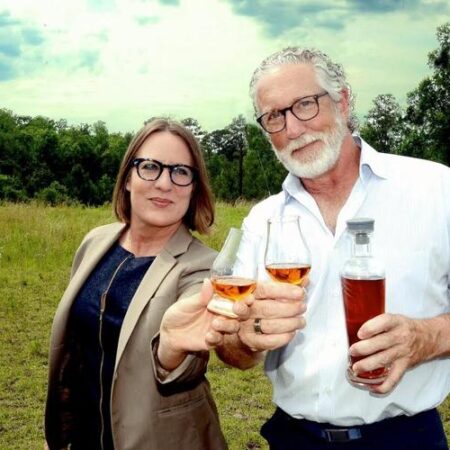 Those who like their area-based beverages a little stronger can’t wait for the upcoming offerings from Brad Halling American Whiskey Ko. (BHAWK). Founded by husband-and-wife Army retirees Brad and Jess Halling, their combined years of service will serve as the foundation for brands centering on honoring others, with a “Raise the American Spirit by expressing Gratitude™.”

Situated in Southern Pines, the distillery plant experience once open will include tours, tastings, a cocktail bar, light fare and retail. They plan to use lots of North Carolina grains to create purpose-driven brands for the modern spirits enthusiast, as well as those just learning about distilled beverages. 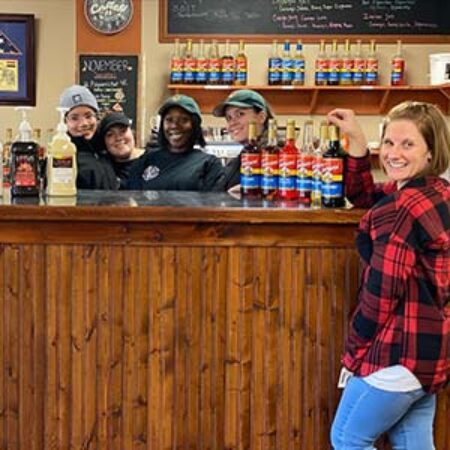 Early-rising soldiers sure like their coffee. So, it only seems natural that the area would have a veteran-owned coffee company. Based in Aberdeen, Cactus Creek Gourmet Coffee Roasters was founded by Army veteran Mike Birky and two other families in 2004, after a career enjoying different coffees while stationed around the world, and sharing Jazzy Java coffee (still a Cactus Creek bestseller) with several Special Forces buddies. The company’s name is derived from the homes of two of the founders growing up out west with lots of cactus and the many creek crossings they did together while training at Fort Bragg (specifically, Drowning Creek).

Birky became the sole owner in 2006 and the company has since grown to include more than 55 flavored coffees, 25 varieties and 20-plus blends, many of which are proprietary. While shipping 3,000 to 4,000 pounds of coffee a year to all 50 states and abroad, Birky also ships multiple care packages to the military stateside and overseas, as well as supporting first responders in Moore County and beyond. The Cactus Creek retail location is also open weekdays and Saturdays, where Mike is likely brewing, roasting, and trading military stories from Fort Bragg and beyond. 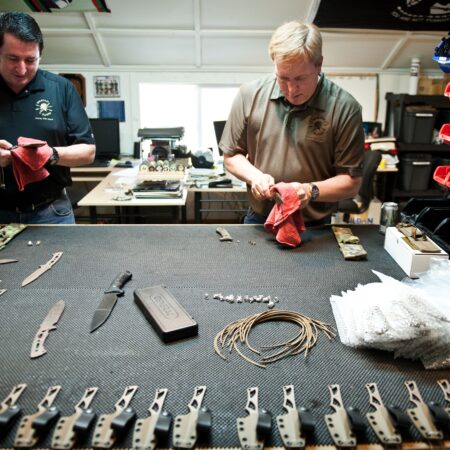 Back in Southern Pines, veteran-owned and operated Spartan Blades produces well-designed and crafted handmade knives and more for a variety of uses. As co-founders and co-owners, veterans Curtis Iovito (Marine Corps and Army) and Mark Carey (Army) have serious Fort Bragg and Special Forces chops, leading to knives that are “honest, patriotic and elite.” They have knives for almost any person, purpose and price point, including Elite, Pro, and Field grade options.

Though not owned by veterans, two other area companies have serious military connections: Heritage Flag Company and R. Riveter. Though both companies are based in Southern Pines, their patriotic products can now be found around the world. 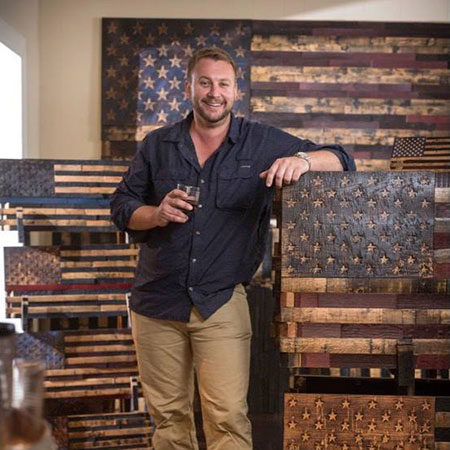 The Heritage Flag Company originated from a dream that Southern Pines Woodworking’s Heath Trigg had back in 2014. He had been hired by Micah Niebauer at aforementioned Southern Pines Brewing to construct a taproom. After Niebauer told Trigg that they’d be aging some of their beers in wooden barrels, Trigg decided to build a tasting bar out of bourbon barrels.

As the project came to an end, Trigg, whose father and grandfather served in the Navy, had a dream about crafting a large matching oak bourbon barrel American flag as a surprise gift to Southern Pines Brewing’s veteran owners. Half-asleep, he sketched his idea for the first, and now-iconic, Heritage Flag. It was revealed at the brewery’s grand opening, and the rest is a seriously patriotic success story.

The “military” community near and far responded with requests for flags and with those requests came stories of what the American flag meant to each person ordering one, which Trigg reports have sometimes been heartbreaking, but always inspirational. Today, The Heritage Flag Company delivers varied handcrafted and made-to-order, if requested, whiskey and wine barrel flags around the world, while remaining true to its roots as a thank-you gift to those who serve or have served. 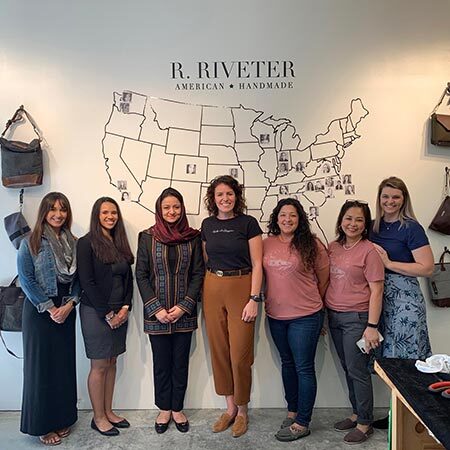 Southern Pines-based R. Riveter started with co-founders Lisa Bradley and Cameron Cruse creating and selling seven upcycled canvas bags at a trade show in 2011. The new military spouses, who were having trouble finding meaningful employment, next began sourcing bulk military canvas, tents, blankets, uniforms and more, putting together a team of military spouses from near and far as “riveters,” like the iconic Rosie the Riveter in World War II, who represented women doing their part to help serve the country.

After a successful Kickstarter campaign in 2014 and an appearance on Shark Tank in 2016 that resulted in investment and more from billionaire Mark Cuban, who had a history of working with and supporting military-affiliated companies, R. Riveter scaled it up in a big way. And, the business and participating riveters continues to grow. With a popular flagship store in Southern Pines and a booming mail order business, R. Riveter now makes and carries a wide range of products, including their iconic handbags, wallets, accessories and more, including those custom-made from uniforms and more that customers provide.

Thanks to the influence of Fort Bragg, the quality of life in North Carolina’s Sandhills and more, military entrepreneurship is sure to continue growing in coming years. That’s an easy concept to salute, or raise a glass and say, “Cheers.”

Army veteran Lynn Seldon supports veteran- and military-based businesses whenever possible. Lynn and wife Cele make up the team that is Seldon Ink, and they have spent more than 30 years covering all aspects of travel. With a keen focus on the Southeast and a particular love of the Carolinas, they have written dozens of magazine and newspaper articles about the area, as well as their best-selling book, 100 Things to Do in Charleston Before You Die (Reedy Press) and have become experts along the way. Follow along on their adventures at www.seldonink.com or @seldonink. 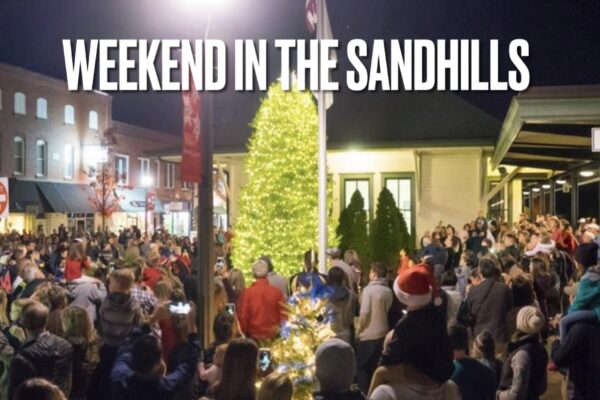 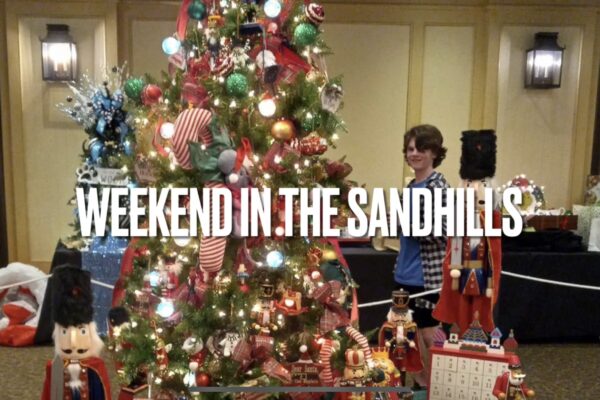