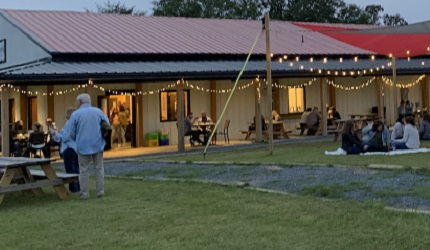 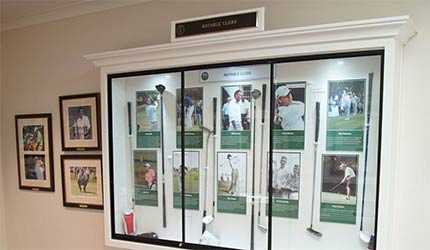 The CGA Hall of History opened in February 2018 and is filled with a collection of clubs, scorecards, pictures, trophies and people who have made this part of the country one of the most historic when it comes to golf. 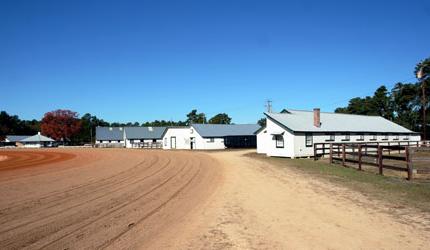 The Pinehurst Harness Track is a 111-acre equestrian facility that has been a winter training center for standardbred horses since 1915. The grounds consist of three training tracks and several center aisle barns with approximately 300 stalls, as well as several paddocks. Champion trotters and pacers train on either the 1/2 mile sand/clay track, the 5/8 mile sand/jog track, or the 1 mile clay track, all of which serve as an ideal winter training facility. The tracks are also available for rent when training is not taking place. Typical events include horse shows, car shows, dog shows, and rugby matches. 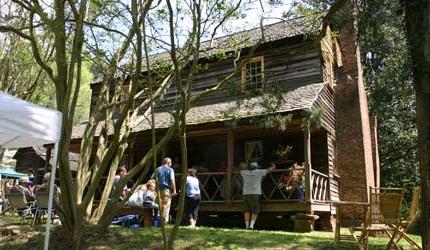 The Bryant House and McLendon Cabin are open May thru October from 2:00 – 4:00 p.m., on the 2nd and 4th Sunday, and by appointment. For more information or to arrange a tour, please email the Moore County Historical Association at info@moorehistory.com or call (910) 692-2051. 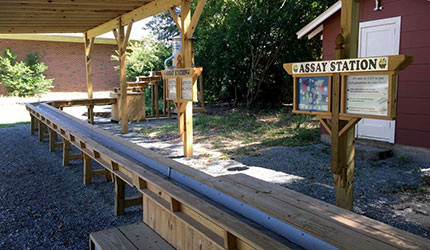 The Rankin Museum has three main areas of interest which include Natural History, Local History, and Native American culture spread throughout the 4,900 square foot facility. The museum was founded based on the lifetime collections of Dr. Pressley R. Rankin, Jr., MD. of Ellerbe and is named in his honor.

The museum also offers a gift shop, a public reference library, an interactive zone tailored for students, and a self-guided scavenger hunt.

Due to the current COVID-19 situation, the Rankin Museum will remain closed until further notice. Upon restoration of normal business hours, we will be open Wed-Sat 10 am-5 pm and 2-5 pm on Sundays. 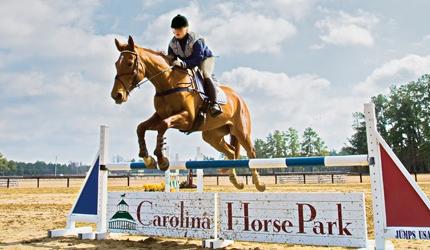 Carolina Horse Park, a permanent site for national and international equestrian competitions, with Steeplechase, Eventing, and Dressage, is the only one of its kind in North Carolina. It is located on what was 250 acres of beautiful farm land, approximately 12 miles south of Southern Pines, North Carolina.

Carolina Horse Park features 192 permanent stalls, 3 show jumping rings, a dressage area with space for up to seven rings, six championship level cross country courses, driving obstacles and a 7/8 mile steeplechase track, all with ideal footing. There is ample space for lunging, hacking and warm-up. There is also some “wide open” space for school and youth activities.

Celebrating its 40th anniversary, the Annual Horse Show will run June 29th-July 3rd at the Carolina Horse Park. Join us as the NCHJA makes its debut at the CHP. Events include the USHJA World Championship Hunter Rider Member Event and the Platinum Performance/USHJA Green Incentive South Regional Championships, among others.

Learn more about the event! 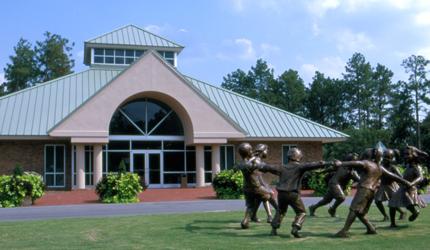 In 1978 the Sandhills Horticultural Gardens became a reality with the establishment of the Ebersole Holly Garden. Over the years, additional gardens have been implemented, including the Rose Garden, the Conifer Garden, the Sir Walter Raleigh Garden, the Hillside Garden, the Fruit & Vegetable Garden, and the Desmond Native Wetland Trail Garden. Today the Sandhills Horticultural Gardens cover twenty-seven acres. They are open to the public every day of the year from dawn to sunset and offer an educational adventure to anyone with an interest in plants, nature, and design composition. 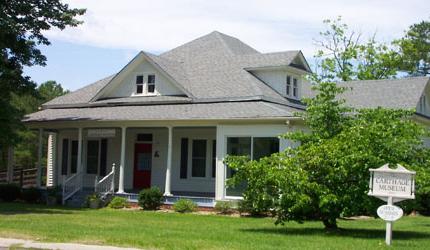 The Carthage Historical Museum provides a permanent home for artifacts covering 200 years of local history. There is a large military display and several exhibits reveal the town’s past as the home of a renowned buggy factory, which the town commemorates each May with a popular family festival. The museum is open on Sundays, 2-5 p.m., or by appointment. 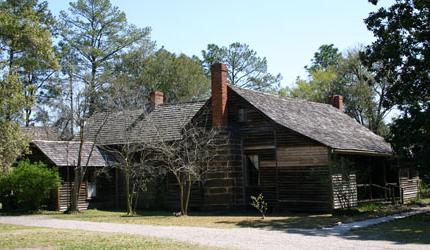 A trio of historic museum houses depicting the daily life of early county settlers. The Shaw House (circa 1820’s) was built by Charles C. Shaw and later owned by one of his twelve children, Charles Washington Shaw, who became the first mayor of Southern Pines in 1887. The house is typical of the antebellum homes which followed the cabins of the early Sandhills settlers. It is less elaborate than the seacoast plantations and has the charm of sturdy simplicity which was characteristic of the Scottish families who settled in this region. The Garner House and the Britt-Sanders Cabin (also known as the Loom House) were both built in the 1700’s. Operated by the Moore County Historical Association, the Shaw House Properties are open Tuesday through Friday from 1:00 pm to 4:00 pm or other times by special appointment.

House in the Horseshoe 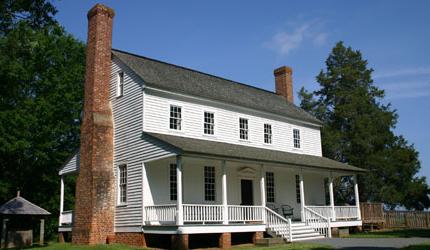 In the summer and spring, bright flowers surround this white plantation house whose name comes from its location on a horseshoe bend in the The Deep River. The house (ca. 1770) was first owned by Philip Alston, whose band of Whigs was attacked in 1781 by Tories led by David Fanning. Later, four-term North Carolina governor Benjamin Williams lived in the house, which today features fine antiques of the colonial and Revolutionary War eras. Site of a Revolutionary War Battle re-enactment every August. Open Tuesday – Saturday, 9 a.m.-5 p.m. Closed Sundays, Mondays, and major holidays.